Fusion Contact Centre Services is gearing up for further business growth in 2012 and is aiming to fill 80 new roles before the end of 2011.

This represents continued growth for Fusion, which manages insurance on behalf of some of the UK’s leading financial services brands, including Bennetts, the bike insurance specialist. It follows similar expansion over the past year, with 200 roles filled at the site since October 2010, and will help Fusion meet some aggressive targets over the coming months.

Andy Talbot, Site Manager at Fusion, said: “We have all seen the news over the past week which has highlighted the worrying and growing unemployment rates for young people. However, we are fortunate to be in a position to offer new job opportunities for enthusiastic people who want to work hard. In return, we offer a rewarding environment as recognised by our success at the 2010 Coventry & Warwickshire Employer of Choice Awards where we won the ‘Employer of choice’ title. It acknowledged our contribution to employee benefits, health and wellbeing initiatives, and employees’ learning and development.”

He continued: “We’re keen to bring on board some eager and hard-working individuals to support our busy agenda and, even if you have not thought about contact centre work before, why not see what Fusion can offer?”

Chris Maher, an advisor who joined Fusion during the previous recruitment drive, said: “I’ve really enjoyed my time at Fusion so far. I would never have thought that within such a short space of time I would learn so much about insurance and be working on behalf of some highly respected brands. Also, being part of a successful wider UK Group means that the benefits employees are offered are second to none.”

New recruits to Fusion Coventry will have the opportunity to undertake NVQ, ILM and Chartered Insurance Institute qualifications, to bolster their individual career ambitions. 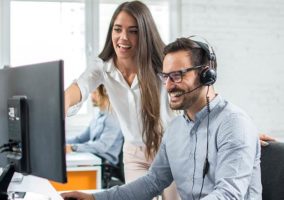 Answers: Moving jobs within the company 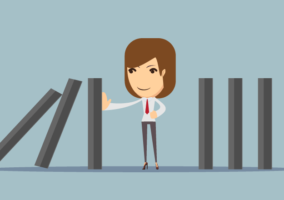 Preparing for the Unexpected: How to Create a Business Continuity Plan
Contact Centre Reports, Surveys and White Papers
Get the latest exciting call centre reports, specialist whitepapers, interesting case-studies and industry events straight to your inbox.

Answers: Moving jobs within the company

Why CLOUD can help you achieve your business objectives – webinar

Must-See Expert Webinar – How to Migrate from Excel to WFM