What is a Business Dress Code these Days?

Dress code
Given the current public debate about veils, crucifixes and so on I wondered what everyone's views were on the appropriate clothes to wear at work

Should employers have ANY kind of dress code or is it a "free for all - does it really matter?

WHAT constitutes "business dress" these days or even "smart casual"

Does "business casual" simply amount to not wearing a tie?
It's so difficult to work out what Casual means these days particularly as what seems fine to one person is not to others. Should employers attempt to define acceptable dress or simply react in some way when it seems to an individual that the boundary has been crossed?
17 Oct 2006 18:38:03

Dress codes
Have a look at these two articles:
https://www.callcentrehelper.com/call-centre-dress-codes-13859.htm

Some sites even find dress code varying by part of site, for example in the Planning Department we work to 'business casual' Mon-Thurs with dress down on Friday, whereas operational areas are dress down all the time (all inbound telephony).

Dress codes need to reflect the business
Personally, I think dress code has to be what is best for the business, if you have a public face and want to be viewed as professional, appearance is a very important part to building that impression. However, in a call centre it is only the professionalism in handling the call that matters to the customer, the agent could be naked for all they know!!
17 Oct 2006 18:51:40

Smart Dress code
Smart Dress Policy
We are a relatively small office (60-70 staff) and we operate a smart dress policy, mainly because we often receive visits from customers, who are always invited up into the helpdesk - personally I believe that smart dress gives a better and more professional impression to customers. Gents are required to wear shirt and tie, although do not have to wear a suit, and ladies are asked to wear smart tops and trousers/skirts.

Dress Down Days
We have dress down days once or twice a month - usually if targets have been met, and often for charity (ie Children in Need - we pay £1 each to charity to dress down)and it is bizarre how my personal working state of mind alters!! Two months ago, I took the step up from Helpdesk operator, to team Leader, and although I have always dressed smartly for work (smart top and trousers/skirt) since my promotion, I have taken extra care with my appearance, as I feel psychologically more self controlled and able to lead my team when I 'look the part'.

Attitudes do tend to change

It is funny how, when we 'dress down' and I am in the office in jeans and t-shirt, although I feel more relaxed, I don't feel quite the same - almost as if a little of my 'Team Leader-ness' has been stripped away with my smart attire!

I have noticed though, that the Team as a whole seem to be more relaxed and at ease when they dress down - I think this makes up for my psychological short-falling's, as they are calmer and easier to point in the right direction!

Present yourself well
The bottom line is as long as we are presenting ourselves respectably and bringing in the business, then what is worn should not be an issue. I must admit i don't like the attitude of "you wear what we tell you to wear and if not we will rake you over the coals with contract rubbish". It comes across as a bit Victorian in attitude and repressive to human freedoms of self expression and comfort.

Just think a lot of it boils down to common sense.

I Have seen both Smart and Casual in workplaces
Hello,

I am of two minds on this topic, on the one hand I really do like seeing business clothes being worn, it makes things feel a bit more professional. I don't have many facts but when I used to be able to wear jeans and t-shirts to work everyday I just didn't put in as much work.

A lot of this depends on the call centre you work in. I've worked in two major companies.

Company A) Very young crowd and employed primarily people who were...how do you say...not educated to a very high level. A lot of these people were students and the churn rate was quite high.

This company flip flopped several times between dress codes but eventually ended on something near casual.
People just felt more relaxed and didn't feel like it was some big chore to get dressed in the morning and didn't spend a portion of their pay cheque on this.
It wasn't a "career path" for most people.

Every time they tried to implement a dress code people would get mad, satisfaction would drop, and productivity would decrease (often due to people being sent home when not meeting dress code).
One of the main reasons I think was because there was no reason to have a dress code...no clients every visited us.

Company B) Current employer, large, very professional company, with the call centre being only a small component of it.
We have casual day once or twice a month where you can wear jeans but beyond that it's pretty much dress pants and shirt everyday, (tie is optional though, as it suit jacket), this is what we consider "business casual".
(Business would be with tie and jacket)

I'd say both these companies weren't tough on things like veils, crucifixes, etc.

Another major problem with dress codes is that not everyone applies it the same, I mean...as a manager I may send home someone who works for me because of a dress code violation, but what happens when another manager will let their employee stay because of it?

I'm not sure exactly where I stand on this besides saying that the dress code should be laid out and explained very clearly, and applied evenly and fairly to everyone, no matter gender, race, religion or sex.
17 Oct 2006 19:17:48

Food for thought
I don't think that just because you work in a contact centre, or are not public facing that a dress code should be relaxed.
My own perception is that its a contributory factor to staffing issues...

My thoughts are that I want the business and its contact centre to be an employer of choice within the town its located. I want people leaving school or college to aspire to work for us.

Now Dress Code is just one part of this - I accept that - but I believe that if you have 10's or 100's of people leaving or entering a building throughout the day that look professional you are more likely to attract like-minded people (those with a professional outlook who want to be a success) through your recruitment campaigns.
24 Oct 2006 09:39:28

Change in Codes Over the Years
In the past couple of years I think employers have become much more aware of the legislation concerning this issue.
I note BA have cited the cross because its a piece of jewellery and have steered away from its religious connotation. BA are wise and have good lawyers, they no doubt saw this issue years ago.

The public sector are by and large also well informed on the issue.

The private sector (as with many discrimination issues) have to have a few more cases brought to court before they\'ll start paying any serious attention to the matter.

Public feeling and awareness on these topics are growing and note how easily issues of race, religion and jewellery all get mixed together with many seeking actively to blur the distinctions.

Ties and socks
Those of you in the North West may have seen the report on local TV about the Area Health Authority banning "novelty" socks and ties from their dress code - any views or is all fair in "tie wars"?

Fish tie as a reprimand
Those of you in the North West may have seen the report on local TV about the Area Health Authority banning "novelty" socks and ties from their dress code - any views or is all fair in "tie wars"?

Is it a statement of independence or a sad reflection of lack of taste?


One of the places I worked made you wear ties on business days. If you forgot to wear one you had to wear the "tie of shame" which was this big ugly tie shaped like a fish.

I always look at dress codes and when I see strict rules and big issues raised about it I just always kind of sigh. If dress code is one of your most important aspects then you are working at a company that has worked out all its other problems. I think there are far better area's you can direct your energy towards.
25 Oct 2006 21:15:55

Ties....
If you've got a dress code that is specific as "Must wear a tie" then I think you've got it coming to you. People will wear anything that can to pass the standard, without consideration for whether this is smart or not.

I'm a bit fussy when it comes to dress, I like to look smart and I like others to look smart. "Power dressing" may be a bit cliche these days, but there's a lot of truth in it. Dress as if you mean business, and you will be taken seriously.

Besides....I can't stand to see cheap ties, ties the wrong length, pattern ties with pattern shirts, knots too big, knots too small, in fact any knot that's not a double windsor....I'd rather see no tie at all.

Same applies to haircuts and beards. Stubble can look professional and beards can look tatty - even though most would believe in a comparison between these two it would be the other way around.
26 Oct 2006 17:31:41

Dress code
I would think that a formal attire from Mon to Thu and then semi casuals on Fri would lookd neat and professional. For me work speaks louder than appearance.
15 Nov 2010 15:43:11 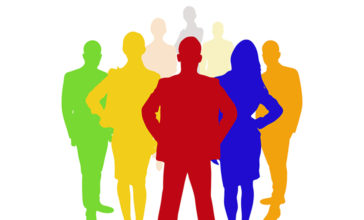 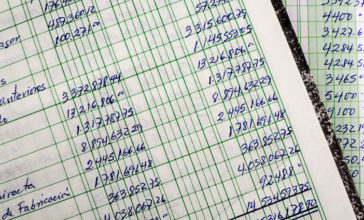 Seven Simple Ideas to Bring Some Fun to Your Workplace 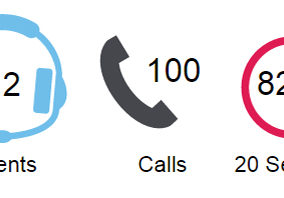 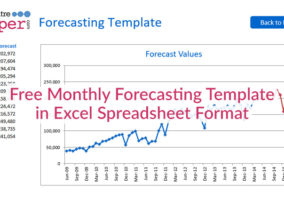 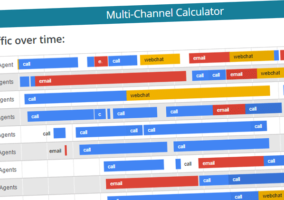