Well it is the end of the year and there has been quite a lot of movement within the industry.

Scott Logie has been named  as the newly elected chairman of the Direct Marketing Association (DMA).

Logie succeeds David Metcalfe, head of wholesale banking at Lloyds TSB, who will step down in January following a two year tenure. Currently Strategy Director at Occam, a direct marketing solutions provider, Logie has worked in the marketing industry for over 20 years, including positions at Bank of Scotland, CACI Ltd and BAE Systems. Malcolm Green, a former board member and head of sales, compliance and ethics at YELL, becomes deputy chairman.

On the back end of a great year two new bright employees have been added to the Richmond HQ.

Luke Wallin, will be responsible for Bright’s new businesses as Business Development Manager.

Previously similar roles in other sectors, in his spare time Luke is a bona fide rock star with his own band.

Niklas has previously worked as market research analyst and has a Bachelor Degree in Statistics. As the number cruncher he is, in his spare time he chairs events for Mensa where he is an active member.

GFM has a new team manager in its contact centre following the arrival of Matthew Patterson.

Now, the 26-year-old is keen to use his expertise at the Essex-based company, which has a 152-seat contact centre at its headquarters in Colchester, which also has the ability to communicate via SMS and live chat.

He said: “For me, managing a call centre is all about being very organised and having a great rapport with staff which keeps morale levels up. I’m here to grow the outbound telesales side of the business and because we have so many campaigns running I’ll be managing the inbound calls to make sure they go to the right department.”

Jonathan Grant, CEO at NewVoiceMedia, comments: “Jonathan’s appointment further underlines the commitment of our board and investors to ensure we maximise the fantastic market opportunity that NewVoiceMedia has created for itself.  Hiring the best people in the industry is all part of our expansion plans following our recent venture capital funding from Eden Ventures and Notion Capital. The founders of Notion Capital were also the founders of MessageLabs and Jonathan played an integral part in the success of that business. The experience he brings to our management team will be invaluable.”

Zeacom has appointed Samuel Williams to the new role of Vice President of Business Development as part of the company’s international growth and expansion strategy.

He comments: “These are exciting times for the UC market. Enterprise buyers are coming out of recession to a changed landscape of new entrants and heightened competition between the large players. Zeacom products offer a compelling proposition inside this ‘perfect storm’ to resellers and manufacturers that wish to single themselves out.”

Rory Robinson, 20, joined the B2B Contact Marketing Team in October for a 12 month placement which will count towards his NVQ in Customer Service.  He had found when looking for work that a lot of employers were asking for more qualifications than he had. The Apprentice Scheme is a great way of getting those qualifications, whilst gaining valuable experience in the work place.

Sharon Brown, Operations Manager, B2B Contact Marketing, said “We are really pleased that we decided to go ahead with the Apprentice Scheme. We are giving Rory an opportunity to develop his skills and experience and he has exceeded all our expectations. He has fitted in really well with the team and is already making calls for us, which is something we would not allow him to do unless we were 100% confident in his ability.”

ShoreTel has named Peter Blackmore to serve as the company’s president and chief executive officer.

“Peter brings a wealth of hardware, software, services and channel expertise to ShoreTel,” said Gary Daichendt, chairman of the board at ShoreTel. “His track record of successfully scaling technology organisations worldwide makes him the right leader to accelerate ShoreTel’s growth.”

“ShoreTel has a solid reputation for industry-leading solutions and world-class customer satisfaction, and I am thrilled to be joining the company,” said Blackmore. “I look forward to working with the entire ShoreTel team to help the company continue to accelerate its growth and achieve its tremendous potential.” 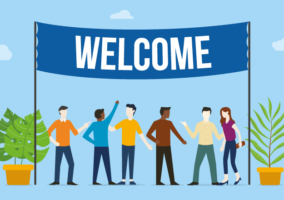 Online
Multi-Channel Contact Centre Calculator Tool – Phone Email Chat
Latest From the Forum
lloyd martin | 15 hours ago
Resource requirement Calculation on Chat
Jonty Pearce | 3 days ago
Virtual Contact Centre
Meera Shah | 3 days ago
Voice and Non-Voice in Process Means in BPO
Ste Elliott | 3 days ago
What are the some of the key assessments to l...
Directory