A Fresh Look at Customer Retention and Loyalty (Part II)

Let’s recap Part I of this conversation. The key points as I understand them are:

OK, now we are in a position to move forward and conclude this conversation. Allow me to set the scene by sharing this assertion with you (bolding mine):

“Stemming the customer exodus is not simply a matter of marketing; it demands a reconsideration of core strategy and operating principles.“

I say that it demands a reconsideration of core strategy and operating principles in the context of a new theory of doing business.

What Theory of Business Enables Customer Retention and Loyalty?

Practice is always based on some theory of how the world works. The dominant theory that fuels just about every large business is one of profit maximisation and shareholder enrichment. With this focus customers and employee are seen purely as means and almost never as ends in themselves. Which is to say that they are viewed and treated as tools rather than human beings. Human beings do not tend to be loyal to folks who treat them as tools.

If you are serious about generating sustainable improvements in customer retention and loyalty then you will need to jettison this theory and embrace a new theory of business. Why? Lets listen – bolding mine:

“The new theory sees the fundamental mission of a business not as profit, but as value creation. It sees profit as a vital consequence of value creation – a means rather than an end, a result as opposed to a purpose…

Profits alone are an unreliable measure because it is possible to raise reported short-term earnings by liquidating human capital. Pay cuts and price increases can boost earning, but they have a negative effect on employee and customer loyalty….

…there are two kinds of profit. Call the first kind virtuous: it’s the result of creating value, sharing it, and building the assets of the business…. the other kind of profit is destructive. Destructive profit does not come from value creation and value sharing; it comes from exploiting assets, from selling off a business’s true balance sheet. This is the kind of profit that justifies terms like profiteering…..

When profit is a company’s goal and purpose, virtuous and destructive profits serve equally well. But once you see profits as a means to, and a consequence of, the sustained creation of value, then only virtuous profit will do.”

What Kind of Stand Do Those Who Excel in Customer Retention and Loyalty Take Toward People?

Which means that a customer retention and loyalty centred approach to doing business requires a particular way of seeing-treating people, and managing the business. Let’s listen – bolding mine:

“…see people as assets rather than expenses, and they expect these assets to pay returns over a period of many years. Loyalty leaders choose human assets carefully, then find ways to extend their productive lifetimes and increase their value. Indeed, loyalty leaders engineer all their business systems to make their human inventories permanent. They view asset defections as unacceptable value-destroying failures, and they work constantly to eradicate them.

Why treat people (customers, employees, investors) in this manner? Because loyalty to count as loyalty has to be given willingly. Listen:

“You cannot control a human inventory, which of course has a mind of its own, so you must earn its loyalty. People will invest their time and money loyally if they believe that their contributions to your company will yield super returns over time. The secret is … to select these human beings carefully, then teach them to contribute and receive value from your business…”

Is Loyalty a One-Way Street?

The assumption (and practice) as I see it is that the game of loyalty is all about loyalty from customers to the company. Which is to say loyalty is a one-way street. Is this the right way to cultivate and demonstrate loyalty? Let’s listen – bolding mine:

“The need to keep losses under control led many companies to cover the claims required by their contracts…. then refuse to renew customer policies to avoid future losses. State Farm took a radically different view. It had no intention of canceling customers it had expended so much energy and expense to acquire and maintain, most of them for many years….. Most important, disloyalty to customers would be philosophically unacceptable. Loyalty is a two-way street. Moreover, loyalty must be seen to be a two-way street. How could State Farm possibly expect its customers and agents to remain loyal if the company did not demonstrate loyalty when the chips were down.”

Why Is It The So Many Have Accomplished So Little When It Comes to Customer Retention and Loyalty?

I’ve in the customer retention and loyalty game for 15+ years. I’ve been in the arena not just a mere spectator. I have witnessed many talk fine words, I have seen many undertake all kinds of projects and programmes to increase retention/loyalty. Yet, I have seen none succeed in any meaningful-sustainable way. Further, when I read about which companies are doing a great job in this domain it is always the same names or new entrants with new business models.

What gets in the way of existing large, publicly quoted, companies excelling at cultivating customer loyalty? Almost every company approaches retention and loyalty tactically. So you have a bunch of business practices that drive customers to leave. Instead of changing these practices executive put in place retention teams. Let’s be clear, most organisations have merely added on retention teams and other gimmicks to their existing way of doing business. Is this enough? Let’s listen:

“Building a highly loyal customer base cannot be done as an add-on. It must be integral to a company’s basis business strategy. Loyalty leaders …. are successful because they have designed their entire business system around customer loyalty…

Summing Up and Closing Out This Conversation

I have shared a particular perspective with you and I have invited you to listen to the speaking of a particular author. How does this strike you? Revolutionary? New? Fresh? Stale? Impractical? Nonsense?

Look around at what is going on and you are likely to find that customer retention and loyalty has been approached tactically. The usually result is add-on’s to the existing way of doing business. The add-on’s can take many shapes: new website, Facebook / LinkedIn presence, customer retention team, an online customer community, new CRM system…. The results? Are they not meagre? Which companies by taking this approach have vaulted into loyalty leaders? I cannot think of a single one.

Why is it that those who have jumped on the Customer bandwagon have jumped on it tactically, and not strategically? 20 years ago, Frederick Reichhheld said this:

The real trouble is that many, perhaps most, executives today have adopted a paradigm which at its heart is inconsistent with loyalty-based management. Press them, and few will insist that the primary mission of their companies is to create superior value for customers and employees so investors can prosper…”

This strikes me as being the heart of the matter. Within the context of the current paradigm it is simply not possible to cultivate meaningful loyalty. So all that is left is tactics, add-on’s, poverty of increases in loyalty, more tactics….

I wish you well and thank you for your listening. Until the next time…. 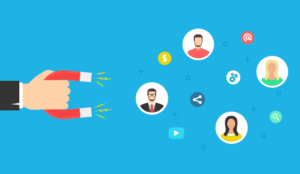 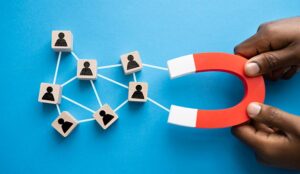 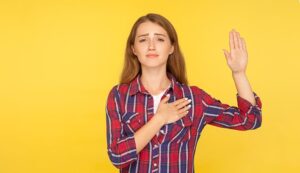 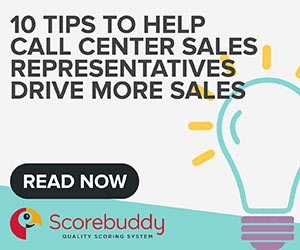