Customer Engagement and Advocacy is Undermined by a Deficit of Care

I was catching up with an old friend the other day and we were talking about the company he works for and the journey they are going through with regard to how they position and differentiate themselves in their market. The company in question builds houses for a particular type of customer and geographic market. Like many other companies, they have found it difficult to differentiate themselves on product or price, given the dynamics of the market and how competitive it is.

As a result, they have resolved to differentiate themselves from their competitors based on the service they deliver to their customers.

Ultimately, their objective is to generate so much goodwill with their customers that they generate hundreds, if not thousands, of customer advocates.

To do that they have realised that they need to focus on building trust with their customers. Their approach is supported by recent results from the Edelman Trust Barometer, which shows that:

“80% of respondents said that they chose to buy a particular product or service because they trusted the company behind it.”

“63% said they refused to purchase a product or service because they distrusted a particular company.”

However, another statistic from the report shows that they will have to work hard to generate the trust that they want:

“Trust levels in business decreased in 16 of 27 countries. The majority of countries now sit below 50% with regard to trust in business.”

Trust can often feel like a nebulous thing. Increasingly in this day and age, trust has to be earned, shouldn’t be assumed, is only ever given and is not guaranteed, regardless of what you do. In the end, trust is an outcome based on many things.

My friend’s organisation knows this and they have realised that the best way for them to generate the trust and advocacy they want is through the amount of, and kind of, care that they show to the houses they build and the service that they deliver. An added benefit for the business is that how and what they do to care for their customers is something they can see, manage and measure.

This organisation has learned an important lesson in how to develop a greater degree of trust with their customers. And it should be one that will fuel the growth and development of their business.

That is great news for them but, as the Edelman results show, too many firms are not doing enough to earn the trust of their customers.

I believe this might be due to a ‘deficit of care’, which is similar to the difference in perception that often exists between how a company thinks it is serving its customers and what its customers actually think.

I wonder what the difference would be if we asked how your organisation cared about your customers and what you were doing about it and then compared it to how much your customers think you care about them?

Would your company be facing a ‘deficit of care’?
This post was originally published on my Forbes.com column here. 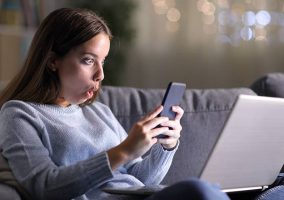 3 Tips to Improve Customer Advocacy in the Finance Industry 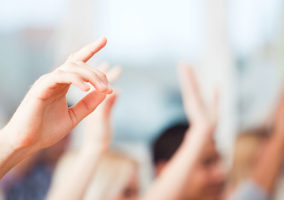 Investing in Your Customer Care Strategy? Answer These 5 Questions First 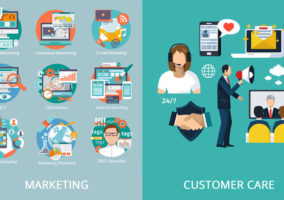 3 Tips to Improve Customer Advocacy in the Finance Industry

Investing in Your Customer Care Strategy? Answer These 5 Questions First

The Role of Marketing and Customer Care