Don’t Tell Me How to Do My Job!

Have you ever had a customer tell you how to do your job? While that hasn’t happened to me, I don’t think I would like it. But, what if the customer was right and the employee was wrong? What if the “suggestions” were valid, if not even the right way to get something done?

The other day I was flying home to St. Louis and arrived at the airport very early. I decided to try and get on an earlier flight. I’ve done this many times before. I approached the gate agent and asked to be put on the standby list. He told me the list was closed. I had never heard that excuse before. I have high status on several airlines and one of the perks the airlines offer to their frequent fliers with “status” is to fly standby for earlier flights at no charge. So, I challenged him, ever so nicely. I explained that this was one of the perks of flying a lot on the airline. He responded by asking me, “Are you telling me how to do my job? I’ve been trained and you haven’t.”

That was not what I expected him to say. Rather than get into a confrontation with him, I walked away, went to a different gate agent and made the same request. I mentioned that the agent at the other gate refused to put me on the list, and I didn’t understand why. Neither did this gate agent, so he kindly added me to the standby list.

I walked back over to the departure gate to wait for my name to be called. It turns out that I cleared the standby list and when I walked up to get my new boarding pass, the gate agent that originally wouldn’t put me on the list gave me a strange, if not angry, look. I nicely told him one of the other gate agents added me to the list. He was obviously not happy. I just took my boarding pass and smiled as I walked away.

No, I wasn’t telling him how to do his job. But I will admit to thinking that I probably should have. What I really wanted to say to him when he said, “I’ve been trained and you haven’t,” was “You are right. You did go through training, but you must have been out the day they taught customer service.” But I didn’t.

My goal is to be a nice and courteous customer, and sometimes it isn’t easy. We’ve all encountered the employee who is just not friendly or hasn’t been trained properly. It’s frustrating. It can even make you angry. I’ve written about this before. As a customer, we have to be nice. That doesn’t mean we can’t stand firm and speak up for our rights. But, we should do it with tact and courtesy.

Sometimes customers will approach us with suggestions that almost seem like they are telling you what to do or how to do your job. Don’t take offense. They are just trying to get something they think they deserve. Sure, there are unreasonable customers, but that’s a small percentage – hopefully very small percentage – of your good customers. When a customer makes these types of suggestions, listen to him or her with empathy and respect. Then, treat it as an opportunity to deliver an amazing customer experience. 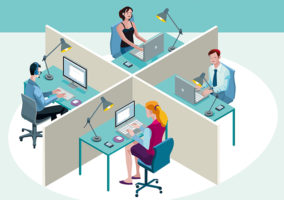 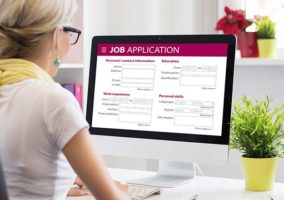 Mistakes to Avoid When Applying for a Job 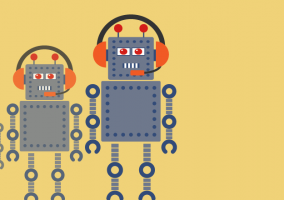 Mistakes to Avoid When Applying for a Job

7 Things They Won't Tell You About Installing a Chatbot

10 Things They Won't Tell You About Live Chat
Upcoming Webinars

eBook: How to Build an Efficient Knowledge Base
Latest Insights

eBook: How to Build an Efficient Knowledge Base
Latest News