Back in 2014, the EU Consumer Rights Directive changed the way businesses were allowed to charge customers calling their company. A huge number of businesses were advertising 084/087/09 numbers for customers to get in contact, no matter what their enquiry. This was a nightmare for callers, who were left waiting for long periods of time with charges of as much as £3 a minute (and even more if they were calling from a mobile!). It seemed unfair that customers were being charged over the odds to contact a service that they had likely already purchased.

When 084 numbers were first introduced over 20 years ago, they were initially charged at a cheaper local rate. However, they have been charged at a premium rate for a long time now, making any confusion over costs unlikely. The main reason businesses prefer premium-rate numbers is that they can earn revenue on each call that is made.

Whilst the stated charge might seem quite small – e.g. “4p a minute plus your network’s access charge”, it is this hidden access charge that causes the cost to soar. Networks fluctuate in their charges, making it difficult for customers to keep track of how much they are being charged.

It is now illegal for any business to use a premium-rate number for most of their contact numbers. A company that accepts telephone enquiries regarding an existing order, booking, purchase or service must use a standard rate or freephone number starting with 01, 02, 03 or 080. Many companies have opted for a customer friendly 03 version of their premium-rate number. These are still non-geographical and present a large business image – but are charged at a much cheaper local rate (the same as an 01 or 02 number).

However, there are a few exceptions to this rule. For any sales or pre-sales lines, premium-rate numbers are still legal. They are also still allowed for certain types of businesses. These include:

They are also permitted for services that aren’t part of an existing contract – such as technical helplines or information lines.

Despite the law being in place for several years now, many companies are still illegally charging premium rates for their customers to get in contact. These include big companies and smaller businesses, with the customer bearing the brunt of the associated costs. There are also many businesses giving misleading information on their call charges. By law, if companies are (correctly) advertising a premium-rate number, they must state the correct call charge. Some businesses state their 0845 number is freephone or charged at a local rate, which is incorrect.

Here is just a selection of the businesses found offering an 0845 number.

Not only are these premium-rate numbers bad for the caller, they’re also bad for business. Callers are much more reluctant to call an 0845 number, meaning that the business may miss out on sales opportunities and a chance to deliver excellent customer service and gain loyalty.

It is astonishing that so many businesses are still using these outdated numbers. Businesses such as charities and non-profit organisations are entitled to special 030 numbers that distinguish them as such. When dealing with financial matters such as donations, it seems crazy that they would continue to charge their customers for calling rather than encouraging calls with a cheaper number.

If you find that as a customer, you have called a premium-rate number that was incorrectly advertised, the business is required by law to refund you any charges you incurred whilst contacting them.

The first big step has been taken to remove premium-rate numbers from the UK, and most businesses are adhering to the new regulation. However, there are still businesses using the number incorrectly. In the past year, the law has expanded to include financial services. Hopefully, it will continue to expand to include fewer exceptions too. At present, the government doesn’t seem to prioritise punishing those with incorrect premium-rate numbers. However, you are able to report any instances you find to the Citizens Advice consumer service, where they can act upon your complaint.

With thanks to the Armchair Group

Customer segmentation: is it still relevant? 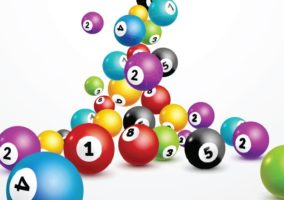 Why Queuing Isn't Just About the Numbers

Customer segmentation: is it still relevant?

Why Queuing Isn't Just About the Numbers

What Is Customer Analytics?

What Is Customer Value?