Leadership: What does it take to generate impressive performance?

What Do You Make Of The Following?

Recently, Richard and I (along with another colleague) took part in a sales discovery workshop. This is the feedback our colleague (the ‘sales guy’) got from the ‘client’:

Thank you for coming to …….. yesterday. I think we all agree that it was a very positive and useful workshop, which was run extremely well by Maz and Richard (Maz in particular is a very impressive facilitator – we could use him on other projects!)…….

Nice job, all – particularly Maz Iqbal – that is GREAT feedback!

Whilst the client’s statement is accurate, it is not true. Why? Think of it this way, the client only got to see-experience the show. The client did not get to see-experience all that occurred. His position to some extent was that of a spectator in the stands watching the play occurring on the pitch. And, as such, he is not in a position to know-experience the play occurring on the pitch and all that it takes to generate a high performance play.

Why am I pointing this out to you? It occurs to me that there is a profound difference between observations and statements made by those in the stands (‘spectators’) and those on the pitch (‘players’). Almost all that you/I hear-read is spoken-written about is written by spectators. So whilst what they say may be accurate, it is never true. Which means that almost all leadership-management-business advice that you/I are exposed to is misleading at best and damaging-destructive at worst. Why? It gives the illusion of answers whilst hiding that which is hidden in the background and which truly shapes what occurs.

Now zoom out and look at the bigger picture: the bigger conversation that is occurring in the room and the performance of the whole group. Didn’t the client also play a crucial role in generating the kind of performance that occurred in that meeting?

Let’s switch back to my very impressive performance as a facilitator. What was my response to this feedback:

@…. It occurs to me that I showed up as an impressive facilitator because the space for me to show up that way was created by @RichardHornby and @……. and the client. The folks from [the client] were great. We were able to co-create a great meeting as there were no egos in the room…..

Am I being modest? No. It occurs to me that I am simply stating what is so: the truth of high (impressive) performance. The truth is this:

The ‘sales guy’ was big enough to let Richard and me shape-lead the workshop. At one point, I told the ‘sales guy’ that I was taking away his right to speak, as his speaking, whilst necessary at some point, was inappropriate at that workshop given the challenge we were addressing and the time that we had. The ‘sales guy’ took it as it was meant and did what he was asked.

The ‘project manager’ Richard and I have a shared history that goes back to the year 2000. Richard listens to me as a skilled facilitator. In his listening it is simply not possible for me not to show up as a skilled facilitator. He creates the context-space for me to show up that way AND his listening of me also ensures that it is simply not feasible for me to allow myself to let him down. Richard and I are friends! We designed the workshop together – collaboratively and iteratively.

By the time we got to the workshop, Richard and I knew exactly who was doing what. And this is important: I got up to facilitate that workshop knowing in my very being that I was totally safe (Richard was holding the safety net), no matter what. And in that space I was prepared to shine.

Ultimately I showed up as a “very impressive facilitator” because all members of the client team sitting around the team allowed me to show up that way. How did they do that? They left their egos outside of the room, the workshop. And, as such, there was all the space to work collaboratively on the challenge at hand.

The Challenge of Leadership: Creating The Context-Space For Impressive Performance To Show Up

Shining Example Of A Servant Leader

I dedicate this ‘conversation’ to my friend Richard Hornby. Richard shows up for me as a shining example of a servant leader. I owe him more than I can ever repay. And I am clear that this world is a richer-better place for Richard being in it. 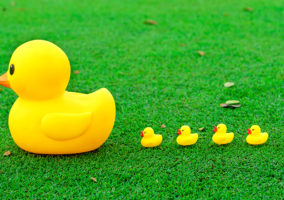 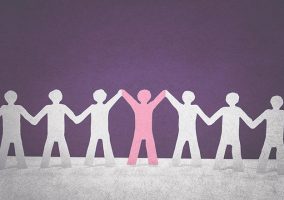 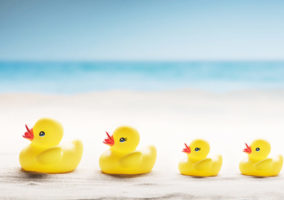