If you are unfortunate enough to contract it you will start to feel tired. Then you will develop spots on your skin and your gums will turn spongy. A week or so later you will start to bleed from your mucous membranes and your skin will turn yellow. Eventually sufferers develop open wounds and their teeth drop out.  Finally they die from constant blood loss. Oh, and if that isn’t enough, many suffer from depression as well — Go figure.

Scurvy is a killer

And throughout history it has killed regularly.  Particularly sailors and prisoners without access to fresh fruit and vegetables.

We have discovered the cure

Anybody with a G.C.S.E. in biology can tell you that a lack of vitamin C causes scurvy. A regular glass of orange juice or a couple of portions of fresh fruit and vegetables will cure all symptoms. I learnt this when I was 12, but it hasn’t always been that way.  People were still dying of scurvy well into the 20th Century…

We have discovered the cure more than once

The earliest written record of the disease is from Egypt.  The Ebers papyrus discusses a disease that was probably scurvy.  It also prescribed a cure – onions – a vegetable rich in vitamin C.

Three thousand years later Jacques Cartier set sail for Canada.  From mid-November to mid-April his fleet was frozen in at the mouth of the St. Charles River.  Scurvy broke out and over 50 sailors died.  On a visit ashore, Cartier found out about the medicinal qualities of the Anneda tree.  He boiled its bark in water for his sailors to drink.  Within 6 days, all the surviving men had recovered.

Admiral Sir Richard Hawkins advocated drinking orange and lemon juice to prevent scurvy.  He’d learnt of the benefits whilst a prisoner of war in Spain.

Admiral James Lancaster demonstrated the effectiveness of lemon juice.  He sailed a convoy of four ships from Torbay to India.  Four months later, they arrived at the Cape of Good Hope. A quarter of the crew of the flotilla were dead, 105 sailors had died of scurvy. But not one of the deaths was on Admiral Lancaster’s ship. He had fed every sailor a spoonful of bottled lemon juice every day. The sailors on the other three ships weren’t so lucky.  James Lancaster submitted a full report to the Admiralty.

The Surgeon General of the East India Company, John Woodall, published a handbook; “The Surgion’s Mate”.  In it he repeated what he had learnt from experience.  The cure for scurvy was fresh food or, if you couldn’t get any, oranges, lemons and limes.

James Lind, a Scottish physician, conducted the first true medical trial.  He took several groups of sailors dying of scurvy and prescribed different diets.  One was: “two oranges and one lemon given every day”. Within a week or so, the sailors on the orange and lemon diet had recovered.  They ended up looking after the other patients, all of whom died.

HMS Suffolk and two sloops under Commodore Peter Rainier sailed for India.  The warships were supplied with a mixture of lemon juice and sugar.  After a four-month voyage they arrived without a trace of scurvy.

In 1795 the Sick and Hurt Board mandated a change.  Lemon juice and sugar should be issued as a daily ration to the crews of all warships.  In 1865 the British Board of Trade enforced the same guidelines in the merchant navy.

The cost of ignorance

It is estimated that 5,000 lives a year were needlessly lost from scurvy during this period … In the 200 years from 1600 to 1800 nearly 1,000,000 men died of an easily preventable disease. There are in the whole of human history few more notable examples of official indifference and stupidity producing such disastrous consequence to human life. ~ Louis H. Roddis, A Short History of Nautical Medicine

Why did it take the Admiralty so long to act?

Throughout this time, both sailors and shipboard surgeons became convinced.  Citrus fruits cured scurvy.  But the medical establishment didn’t agree.

It may be that the evidence wasn’t statistically compelling and came from anecdotal sources, or that the treatments didn’t always work (it is fairly easy to destroy vitamin C).  But my guess is that the solution simply didn’t conform to the highly educated physician’s beliefs of what caused the disease.

After all, what could a ship’s surgeon (barber) possibly tell a classically trained physician?

Intellectual pride and ignorance are a fearsome combination.

Only the clamouring of fleet commanders hearing about HMS Suffolk resolved the issue. Unless of course you were unfortunate enough to sail in the merchant navy.  Merchant seamen had to wait another 70 years to be free of scurvy.

And to think the Americans call us Limeys.  I’d go for just plain stupid.

I could draw out so many points from this story that I run the risk of blinding you with my brilliance — or boring you to tears.  So I will just go for one…

Somebody somewhere has probably solved your problem before.  You just have to find them, and have the humility to listen to what they have to say.

Don’t worry about people stealing an idea. If it’s original, you will have to ram it down their throats
~ Howard H. Aiken 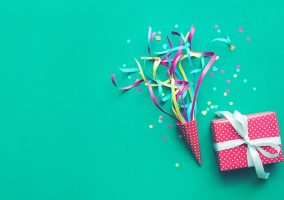 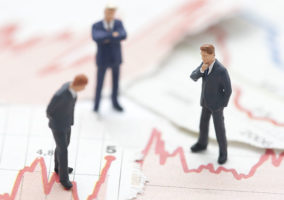 Survey: What Are Your Investment Priorities for 2018?