Our Next Webinar
Webinar: The Agent of the Future
20 hours
06 mins
45 secs
Register Now

The Future of Call Centres 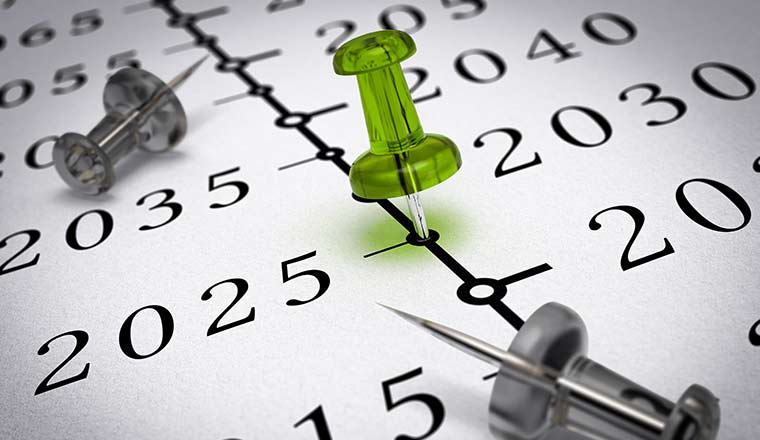 Patty Yan looks at what the future holds for call centres, the prevailing tendencies in the niche, and whether they may continue or evolve in the next five years.

The phrase ‘call centre’ has been around for decades. It’s by no means as accurate as it once was. Agents in the niche now handle a plethora of channels alongside traditional calls. Today’s businesses in the industry are unquestionably contact centres.

What, though, does the future hold? Will there be a continued trend away from telephony? Could centres develop where calls get replaced entirely by other means of communication?

Might we reach a stage where there are no agents at contact centres answering calls? The industry pros don’t think so.

FM Outsource recognised the trend toward chat and messaging channels. Founder, Jack Barmby, said that, in his opinion, there was ‘potential for some telephony to get subsumed by other channels’.

Notably, they predicted an uptick in popularity for messaging apps. FM Outsource named WhatsApp and Apple Business Chat as examples.

They, though, feel that merely reflects an overall shift in people’s communications. Such apps – and social alternatives – get favoured over voice calls by many people in daily life.

When explicitly asked about the future of telephony, FM Outsource were definitive. They claimed that it would remain one of contact centres’ top three channels. There was an interesting caveat, but we’ll get to that later.

Marketing Manager at Cymphony, David Rolfe, shared a similar view. He believes that the shift from voice to messaging and chat platforms will continue. As a whole, though, David asserted that his firm ‘still focuses on the personal, human element’. That’s something only telephony provides.

Omnichannel Rather Than Multichannel

Future contact centres, then, may be more balanced in terms of channels. Where today inbound calls still form the vast majority of customer contacts, other channels may start picking up. How channels integrate and fit within broader systems, therefore, is likely to change.

There’s already an industry trend toward omnichannel support. That desire for omnichannel stems from a greater focus on customer experience (CX). For seamless CX across the channels customers want to use, genuine omnichannel is a necessity.

Most centres haven’t yet reached the intuitive integration needed for omnichannel support. There are still barriers to full unification of platforms. Data doesn’t have a coherent pathway through contact centre systems.

In the next five years, more and higher quality integration of systems is likely to be a continuing pattern. David at Cymphony told us that such integrations were a focus for the future at the company. He explained that connecting information across client CRM platforms was a priority.

We’ve already talked at length about the first word of the phrase “contact centre”. As time goes on, though, the relevance of the second word may also come into question.

The workforce of future businesses in the niche, after all, may become increasingly decentralised. That’s thanks to the accelerating move toward homeworking.

Industry pros shared a similarly positive view of having agents based at home. David at Cymphony explained that 20% of their workers were home-based.

He also revealed that Cymphony now actively hire remote agents. Charlotte Flanagan at FM Outsource, meanwhile, told us that around 60% of agents across the firm were remote.

Flexibility and a larger talent pool are two benefits of homeworking for contact centres. Agents based at home are easier to get online as and when a centre needs them.

That makes accurate, efficient workforce management (WFM) more straightforward. When new agents don’t have to work at an actual centre, too, where they live doesn’t matter. Businesses can hire the best candidates wherever they are.

Homeworking is also an arrangement that appeals to agents. Modern workers – in contact centres and elsewhere – crave an improved work-life balance.

The greater freedom and flexibility of remote working chimes with that desire. The trend toward remote agents, then, is set to pick up more pace in the next five years.

CEO and founder of Poly AI, Nikola Mrksic, certainly agrees. He told us that he felt ‘those contact centres doing best and improving profit margins are those able to push people outside of the workplace’.

As well as a trend to homeworking, Nikola suggested how things may go a little further in the future. He predicted that offshoring may become more prevalent. That’s the employment of remote agents in different countries, something already quite common.

Nikola also mused on the possibility of a contact centre niche equivalent of Uber or Lyft. Given the flexibility craved by both centres and agents, it’s not at all far-fetched.

Current ride-share drivers log on and work as and when they wish – often on top of another job. Future customer support could get delivered in precisely the same way.

Whatever the precise shape of remote work in the future, there’s no doubt that cloud-based solutions will be vital. It’s cloud-hosted platforms and systems that allow agents to log on and work from anywhere.

Movement to the cloud is already prevalent in the contact centre niche. It’s a trend that is only going to accelerate in the coming years.

Complex Tech to Support Rather Than Replace Agents

How technology will impact the future of contact centres is a hot-button topic. One opinion is that tech like chatbots and other AI will eventually replace human agents.

The people we spoke to at FM Outsource characterise the theory as being that customer service is on ‘an ever-shrinking iceberg’. That the need for human customer support is ever melting away, to get replaced by self-service. It’s not an opinion that Jack at the firm subscribes to:

‘I don’t see it that way. There’s always been self-service, and tech has always changed the game…What stays the same is that people want the human touch.’

As we’ve already touched on, the human touch is also something to which Cymphony remains devoted. How, then, can we explain the increasing demand for tech-driven customer service? As Poly AI’s Nikola told us, after all, ‘there’s never been more appetite for automated customer service than there is today.’

The explanation comes from how tech gets employed in the contact centre. What was apparent from our interviews with the pros was that there’s no desire to replace agents. Instead, the kind of tech that Poly AI creates, and contact centres use, aims to support them.

Nikola described his firm’s tech as allowing agents to ‘concentrate on high-value tasks’. The people we spoke to at FM Outsource agreed.

They said that tech should ‘do the legwork; the agent should focus on managing the customer’. This prevailing opinion in the niche tells us a lot about the future of tech in contact centres.

As in other sectors, new tech will impact the contact centre niche. Five years down the line, automation, AI, and other solutions will be far more prevalent. They won’t, however, be processes that usurp human agents and take their jobs. Rather, they’ll be tools to help agents do those jobs better.

Earlier, we discussed telephony in centres of the future. We mentioned a fascinating caveat that Jack at FM Outsource flagged up. When predicting that calls would stay a vital channel, he gave a further reason why. He speculated that it might be thanks to a rise in proactive outbound calling.

Sentiment analysis lets chatbots sense when a customer gets frustrated or angry. An agent can then get triggered to call the customer to provide better resolution.

With it, brands can find individuals speaking negatively about them. That’s even if the person doesn’t contact their official accounts. The company can then direct the customer to a private channel, where the issue gets resolved.

The idea of more proactive support is one that fits well with that of improving CX. When the customer is the focus, a company desires to make their life easier.

That means solving issues before customers reach the stage of complaining. Pre-emptive problem solving, too, has another benefit. It reduces the number of interactions a contact centre may have to deal with, moving forward.

Predicting the future is tricky. In December 2019, no one could guess that only three months later, most of the world would be under lockdown.

There’s no way to say with any certainty, therefore, how the contact centres of 2025 will look. What we can do, though, is use what we’ve learnt to make an educated – and hopefully useful – guess.

By 2025, large contact centres with hundreds of agents on-site will be fewer and farther between. The norm for customer service will be for it to get delivered by home-based agents.

Those agents will work flexible hours according to their and their employer’s needs. Some may even log on to help customers for a few hours to supplement a separate primary income.

To ensure agents can work that way, most centres will employ cloud-based solutions. When hosted in the cloud, contact systems allow agents to log on from anywhere.

Those systems, too, will likely get powered by UCaaS platforms. That’s what will make switching between and integrating different channels more straightforward.

Speaking of channels, live chat, and messaging apps will be part of the arsenal of almost all centres. So too will chatbots and other AI-driven modes of communication. For the most part, though, AI solutions will form tools to make the jobs of agents easier.

Whether these predictions come wholly or even partially true remains to be seen. What’s certain, though, is that the next five years for the contact centre niche won’t be dull.

To find out more about RingCentral, visit their website.

RingCentral utilises both CCaaS and UCaaS in the cloud to provide fresh approaches for Contact Centres and customer engagement at any size organisation. Our powerful solutions are tightly integrated, making it easier for companies to increase agent performance and enhance the customer experience across all interactions throughout the entire organisation.

Read other posts by RingCentral 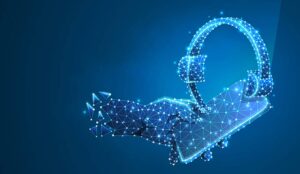 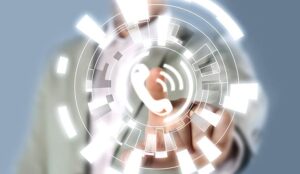 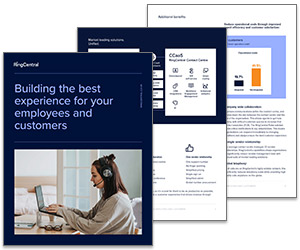 White Paper: Building the Best Experience for Your Employees and Customers

An Introduction to Average Handle Time and How to Reduce It