What Can the Patient Experience Teach Us About Customer Service?

A close friend of mine, let’s call him Peter, is going through a very tough time right now with his health. I will not provide details of his condition as it’s not relevant. However, what I will do is describe a small part of Peter’s experience to illustrate a point that relates both to patient and customer experience.

Peter is not old. In fact, he is younger than I am. So, it came as a great surprise to myself and everyone around him when a few weeks ago he suffered a stroke.

After Peter was discovered following the stroke, he was rushed to hospital where he received treatment. A few weeks later, everything was looking good and he was making good progress on his recovery. But, then something suspect showed up on a routine scan.

This is is where it got uncomfortable for Peter.

Despite repeatedly asking for more information as to his situation, what the scan showed and what the next steps were, Peter was told by the nurses that they had no information and were waiting to hear from the doctor.

While he was waiting, there was apparently a lot of consultation going on behind the scenes, but he still wasn’t given any information as to what progress they were making, what the next steps were, when the doctor would come and see him or what his prognosis was.

In fact, he waited for a few days for something to happen.

Then, a new scan was scheduled, conducted and, was followed by another period of waiting. Eventually, the results came.

In terms of the prognosis, suffice it to say that the outlook for Peter is not good and that is heart-breaking. But, that is not why I tell this story.

I want to use Peter’s story to illustrate how waiting for information, particularly at a sensitive or anxious time, can seem like a very long time and can have a huge impact on, in this case, a patient’s experience.

In fact, research shows that in ‘life-threatening situations, negative emotions can concentrate our attention on the passage of time and so make it seem longer than it really is’. Other research shows that this can be further compounded by our own efforts to take our minds off our emotions.

I am not saying the doctors mistreated Peter or that they didn’t care about trying to diagnose his situation or they weren’t doing all that they could to help him get better. What I am saying, however, is that they partially lost sight of Peter during the process. They lost sight of how he was feeling during the times that he was waiting for news from them and how that had a huge impact on him and his overall experience.

It’s true that, at times, waiting is part of a process and it cannot be avoided. However, what we can do is to be aware of how any periods of waiting affect our patients or customers.

So, whilst working hard to find a solution for the patient, client or customer, don’t lose sight of how they might be feeling while they wait and what you could do to make their wait a bit easier. Think about their whole and actual experience. 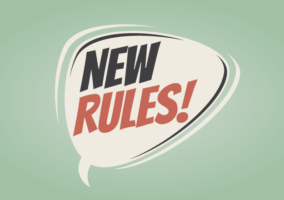 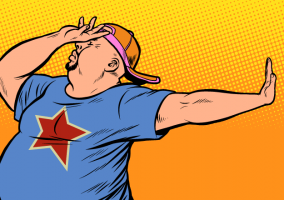 What Is Stopping You From Creating Great Customer Relationships? 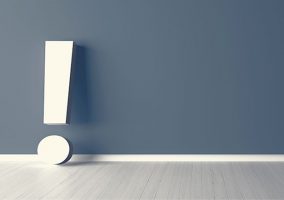 What Is Stopping You From Creating Great Customer Relationships?

The Shift: From Customer Service to Customer Experience