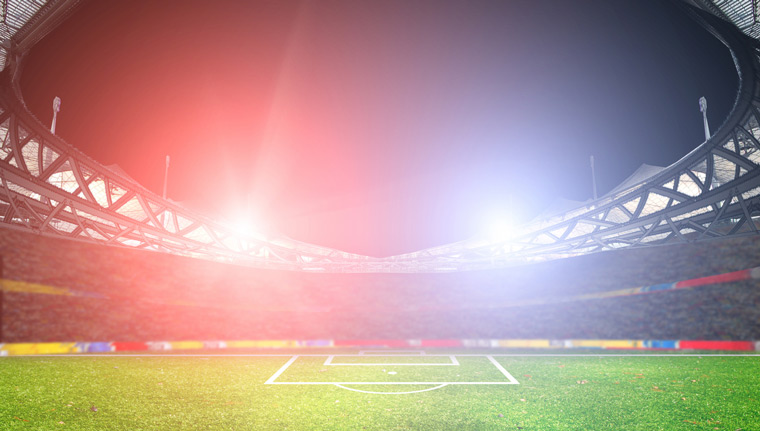 Whether it’s a majestic view of a skyline or waterfront, the best hot dog or a cutting-edge lighting system, there’s nothing like being at one of the world’s top stadiums.

You don’t need to tell premier league football team Tottenham Hotspurs. They kicked off the year with a sneak preview of their revolutionary new £750m stadium that promises to put fans and customer engagement at the heart of the action.

Designed to amplify the chants of supporters, the impressive 61,000-seat stadium will have its own in-house brewery, serving another example of how sports stadiums the world over are reimagining the fan-experience.

With fresh emphasis on new technologies in the drive to build best customer experience, things can only get better.

“Upgrading the telephony and data backbones of stadiums and ballparks has been going on for decades, but now this is being extended to upgrading customer service in such a way that it transforms the fan experience through technology,” said Nancy Jamison, digital transformation principal analyst for Frost & Sullivan.

Here we take a look at the five stadiums with the most innovative mobile customer experience.

At Wembley, fans are able to watch replays of goals on their phones using the app within seconds after a play. Fans can also order food on their phones and have it delivered to their seats.

In addition, the iconic arch at Wembley shares fans’ social media feeds and reactions to moments such as when goals are scored. Fans can also check out the view from the arch cam using the Wembley mobile app.

Allianz Arena has a visually impressive exterior made of Asahi Glass’s fluoropolymer technology, making the facility look like a blimp.

It features a Philips system that illuminates more than 300,000 LED lights over a surface area of 26,000 square metres.

An SAP Process Orchestration platform allows stadium employees to make it easier for fans to find a parking space. The staff collect data from parking garages, stadium entrances and cashier systems, allowing the venue to maintain shorter lines at these locations. SAP’s HANA consolidates and processes the data so arena staff can view it in the Allianz Arena Alerting mobile app.

“Thanks to SAP Process Orchestration, we can collect data from various systems in and around the stadium on game days,” said FC Bayern CIO Michael Fichtner.

“We now know exactly what’s going on in real time. This helps us deliver the best possible experience to our fans when they visit the Allianz Arena.”

At Marlins Park in Miami in the United States, 225 access points power the stadium wide wi-fi network. Over the network, fans can use mobile tools such as the Major League Ballpark App, now available in all baseball stadiums.

The ballpark provides customer experience optimisation by allowing fans to check in using iBeacon technology and receive targeted offers and rewards on smartphones. The app also allows fans to upgrade their seats and follow players’ entrance music and purchase the songs on iTunes. Fans can also share photos as well as order food through the app and have it delivered to their seats.

To add to the fun, the stadium features two 450-gallon tanks with nearly 100 tropical fish. You’ll also find a pool and a 73-foot marlin sculpture that rotates when a Marlin player hits a home run.

U.S. Bank Stadium opens in August with a 12,560 total square footage of video boards compared with 646 feet for its predecessor, the Metrodome.

U.S. Bank Stadium will be the first American stadium to feature ethylene tetrafluoroethylene (TTFE), a tear-resistant film that will allow it to deliver natural light and still protect fans from the elements.

In addition to supporting 70,000 fans during soccer games, the facility has a 6,000-square-metre space for shopping, conference rooms and exhibitions.

Levi’s Stadium incorporates Bluetooth Low Energy beacons to provide key information to fans’ smartphones, including which bathrooms have the shortest lines. The beacons also offer customer experience optimisation by directing fans where to park and helping to guide them to their seats.

The stadium uses 400 miles of cabling, and a 40-gigabit wi-fi connection streams stats and instant replays to customers’ smartphones and tablets to create a personalised experience.

“It is an amazing difference from other venues, which make it difficult to tweet or see anything live because there isn’t enough bandwidth,” Nancy Jamison said.

The Levi’s Stadium app allows fans to order food and beverages and have them delivered to their seats. The app also provides a “game centre” of high-definition video replays from four different camera angles.

Fans get mobile customer service by contacting app specialists called “The NiNerds” from within the app. And for those environmentally conscious sports fans, Levi’s Stadium is also one of the most sustainable stadiums (which goes a long way with the millennial crowd).

“We built this stadium based on three pillars,” Al Guido, the 49ers’ chief operating officer, told CNET. “Technology, sustainability and the fan experience.”

With their variety of food options, high-tech screens and internet connectivity, stadiums have evolved over the years to keep fans engaged. And as new technology continues to spur new innovation, the future of the sports stadium experience promises to be an exciting one.

Bringing the Field and Mobile Worker into the Contact Centre

Survey: What Are Your Investment Priorities for 2018?