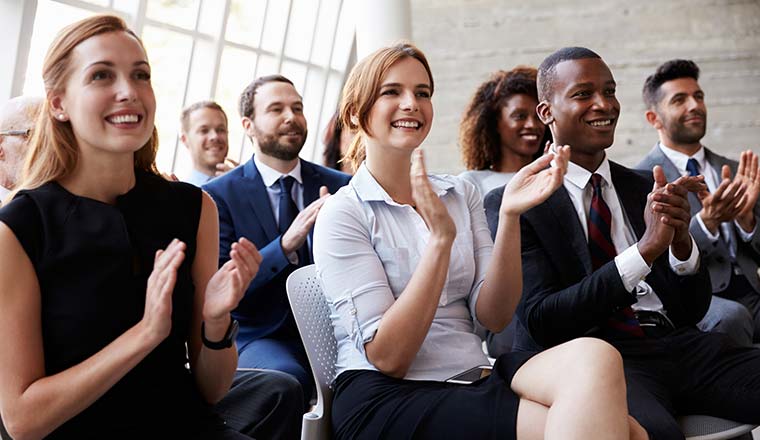 CallMiner held its ninth annual LISTEN 2017 conference on October 25-27 and here are some of the highlights.

During the event, LISTEN awards were presented to analysts and programme owners whose efforts through the use of analytics had a direct impact on improving business results for their companies.

Allyson Keown, Speech Analytics Analyst at Axcess Financial, was recognised for her achievements in tripling monthly audits, as well as reducing average call work by 37%. And most recently for her work in identifying phishing scams with the Eureka speech analytics platform, resulting in 100% decrease in fraud attempts and improved safety of their retail associates.

Also recognised was a programme manager from a large media and entertainment company for her leadership during the early implementation and onboarding phases of speech analytics, as well as for charting a path to dramatic savings in the first year.

In addition, the winner of the annual Eureka API contest was awarded for a second consecutive year to Encore Capital Group for leveraging the CallMiner Eureka API cookbook.

Other highlights from the event included keynote speakers:

Jay Baer – who revealed the importance of identifying and using talk triggers.
Joe Dudek – who spoke about Quicken Loans’ “Isms,” which is the set of ideals that reflect who the company and team members are, not just what they do
Bill Price – who talked about a shift in power and the need to deliver the Me2B experiences that today’s customers demand.

LISTEN featured its traditional tracks for customer engagement analysts, executives, veterans, and newbies, delivered as presentation and round table sessions, while new technologies were demonstrated by CallMiner and its partner sponsors.

New to the event this year was the Great Escape Challenge, which saw teams of up to eight players competing to finish the challenge in the shortest time using physical clues and their call analytics skills.

“It really helped us to work together to solve the clues. It put your mind out there…very out of the box.”

“We are glad to have been able to add some exciting new aspects to the conference while maintaining highly relevant and resonant content to our attendees – in both our keynotes and the breakout sessions,” said CallMiner Vice President of Marketing, Scott Kendrick.

“The majority of these sessions were presented by organisations using and getting value from customer engagement analytics.”

“There is a real sense of community at this conference where people are actually asking great questions and sharing best practices because they love what they do and they are engaged with their work,” said Greg Hirschi from Otterbox.

To find out more about CallMiner, visit: callminer.com

Top Customer Service Strategies – No.5 Listen to your Customers and Staff

Listen to Series One of The Contact Centre Podcast In Full
Contact Centre Reports, Surveys and White Papers
Get the latest exciting call centre reports, specialist whitepapers, interesting case-studies and industry events straight to your inbox.

Top Customer Service Strategies – No.5 Listen to your Customers and Staff

Listen to Series One of The Contact Centre Podcast In Full