My 12-year-old son, Cooper, has played competitive basketball since he was in first grade. In those six years, he’s played point guard on eight different teams playing year-round. He’s attended at least a dozen different basketball camps, has worked with a private shooting coach on-and-off for the past three years, and has participated in countless hours of practice, scrimmages, and games. He’s been a part of three different teams that played in the league championship, winning his first earlier this year. In 2014, we moved to a new home that has a basketball court in the backyard. I had four exterior light fixtures installed and bought Cooper a ball rack and a dozen balls so that he could work on his free throw shooting day or night.

Whenever Cooper goes to the free throw line to shoot a critical free throw, I encourage him with these words: “Trust your training.” You see, in the absence of all the time and effort he’s put into his basketball training, he would have no assurance of making one or both free throws. It would be more like chance it might go in, but it might not. But since he’s applied himself and put in the time and effort over many years, he should have confidence that he will likely make his free throws. His preparation (knowing he’s put in the work on the outdoor court during all four seasons of the year) removes a lot of the uncertainty that might plague him if he chose to cut corners, skimped on giving extra effort, and shirked his responsibility to himself, his coaches, and teammates.

It’s the same with company leadership’s stated priorities. Most managers laud the importance of objectives such as customer service quality, customer satisfaction, and employee training. Some will even spring for buttons and banners to trumpet their customer focus during the latest corporate-sponsored customer service campaign. But their commitment to these priorities generally wanes as long-term improvement is often subordinated to near-term profitability.

I recently consulted for a real estate company that owns and manages commercial properties across the United States. One of the outcomes of our engagement was the recognition that while prevailing market forces will buoy leasing rates (a rising tide lifts all boats), the next market correction always looms…

Undeniably, leasing rates benefit from the economic principle of supply and demand. If you happen to be leasing commercial property in a market that has low supply and high demand, then you’re in a position to negotiate lease premiums regardless of your commitment to customer satisfaction or employee training. But my client also recognizes that markets are cyclical and there will always be a time of accounting and accountability.

It is in these times, when you don’t necessarily have a market advantage (or, in basketball, a double-digit lead as you approach the free throw line ), that your preparation will be tested. Can you trust your training? Have you invested sufficiently in customer service quality, customer satisfaction, and employee training? Or have you cut corners under the assumption that preparation somehow doesn’t correlate with long-term success? 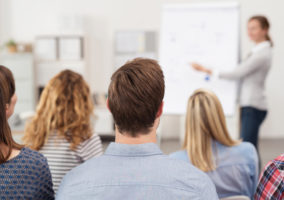 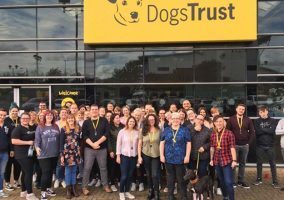 How Do I… Make Time for Agent Training?
Contact Centre Reports, Surveys and White Papers
Get the latest exciting call centre reports, specialist whitepapers, interesting case-studies and industry events straight to your inbox.

How Do I… Make Time for Agent Training?