What Makes a Successful Planning Team? 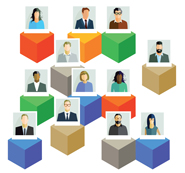 The Forecaster is a numbers person. They have a natural appreciation for numerical data. They instinctively look for patterns and trends, usually creating their own tools (typically in Excel) for analysis. It’s often expected that a good Forecast Analyst can do things with Excel that Microsoft engineers didn’t know it could do. They may have a degree in maths, statistics or something relevant, but that’s not essential to be successful. They look for ad hoc or infrequent events that may affect the forecast, such as marketing campaigns and billing cycles.

The Forecaster doesn’t have a crystal ball, but will certainly produce a forecast using all the data available at their disposal and make educated guesses where data is unavailable. Just like the weather person, they won’t always get it right. Despite having all the facts, there is always the possibility of an unexpected turn of events. However, a good Forecaster will be right more often than wrong. And when they do get it wrong, they will pinpoint the root cause and make sure the mistake doesn’t recur.

“The market is really crying out for skilled Forecasters currently. Specifically those with the ability to produce outputs across multiple business streams with in-depth knowledge of forecasting methodologies and techniques, manual modelling, using Excel, Erlang and building ‘what if’ scenarios. What is becoming more important is the ability to provide detailed analysis packs to senior management and stakeholders, alongside managing budgetary outputs and the sign-off process,” said John Bhairoo Senior Recruitment Consultant, PACT.

The Planner is responsible for scheduling agents to ensure the forecast workload is matched with staffing at all times, so that service level targets can be met. Their focus is on the mid to long term, starting next week and looking several weeks or months ahead. They need to have an ‘all seeing eye’ that takes into account all the factors that affect scheduling, such as varying shrinkage rates, holiday entitlements, opening hours, contract changes, training programmes, business improvement initiatives and upcoming events. This level of insight requires the Planner to have close links to operations management. They will take part in regular meetings with Operations and team leaders, representing the Planning team.

The Planner has the most authority in the planning group. Their knowledge and interpersonal network across the whole operation makes them the natural leader. They win the respect of their team because it is they who take responsibility for making sure customer service goals are met in the most efficient way for the business.

A meticulous person by nature and perhaps the naturally argumentative type, the Planner takes little at face value. They may, for example, challenge the Forecaster to validate their figures. This behaviour is understandable given the the weight of expectation that the Planner has to carry. They are tasked with delivering on the service level targets, usually weeks in advance, so their decisions can be career-defining. It is to be expected that they will demand high-quality work from others. Among this group, the Planner is the obvious choice for promotion to general management. This prosperous career path is clearly visible within the industry.

The Real-Time Analyst, or RT Analyst, is often seen as a ‘Jack of all trades’ type. The fixer who makes sure the plan survives contact with the enemy by making tactical decisions and sometimes muddling through. Quite often, the RT Analyst has stepped up from being a successful agent or team leader after showing technical ability or strong assertiveness and decision making. This experience on the floor arms them with the knowledge to really determine why KPIs are drifting and the ability to take corrective action at a micro level. This role is on the front line and in direct all-day interaction with operational stakeholders and the agents themselves. The RT Analyst must understand the real impact of unexpected changes on an intraday time horizon. They will prepare the operation to respond to unexpected increases in volume and staff absences, as they arise on the day. Often seen as the bulldog of the operation who can hustle or rustle troops at short notice, they may have to deliver bad news and cancel team meetings or training to ensure service level targets can be met. They can expect agents to try to win their friendship so they can get preferential responses to leave requests at short notice. They need to know how to handle such overtures in a way that’s not demotivating and is scrupulously fair. The RT Analyst is often seen firefighting, plugging holes in the dyke to prevent a flood, the front line of defence for the operation in achieving the goals set by the planning team and the rest of the business.

“It’s not always the best agents that go to this role. I have often found that some of the agents you might describe as having ‘opportunities [for development]’ make the best RT Analysts as they tend to know all the shortcuts and corners agents can take, and often a bit of responsibility is the making of them. ‘Hire a thief to catch a thief!’” said Alex McQuiggan, Workforce Optimisation Manager at Impact.

There are many variables within the contact centre world: size of centre, industry sector, the contact channels supported, the degree of regulation, the skill levels required and the maturity of the business, to name but a few. This makes it almost impossible to recommend a ‘one size fits all’ solution for building a planning team.

However, the three roles described are evident in many centres and the structure appears to work. When setting up a WFM team, there’s a lot to be said for following this industry norm as a starting point and amending it as required.

It helps the team immensely to achieve better results if someone on the team has in-depth knowledge of the ACD and the routing schema and the know-how to extract and manipulate the data and the technical understanding of how all the available technology works and integrates together to fine tune performance.

“Any WFM Team fails if it does not work together like it should. The call centre may look like a battlefield – WFM is like Secret Intelligence,” said Lars Hollatz, Netherlands-based WFM consultant.

How many planners do you need?

As well as the roles, we must consider the headcount in the planning team. I spoke to Alex McQuiggan, Workforce Optimisation Manager at Impact, a boutique outsourcer with approximately 100 FTE. He argued that smaller centres might be even be more complex than centres with thousands of agents. Small centres still have to deal with multiple channels and multiple clients’ SLAs, yet they don’t have the ‘safety in numbers’ that large centres enjoy. Neither can small centres afford significant headcount for WFM. It’s expected that in smaller centres there will be role consolidation. However, where there’s opportunity to do so, Alex suggested a fourth role: the uber planner or ‘Kingpin’, who is Planner, Forecaster and RT Analyst all rolled into one.

Salaries and packages generally vary depending on the location, the size and scale of the organisation. The data available to John Bhairoo suggests that the market has seen an increase in salaries across the board within Resource Planning, with a minimum of 10% increase over previous years. However, businesses have been more interested in what the candidates are doing with the numbers rather than assuming they have the required skills based on high levels of FTE headcount being dealt with.

Above a certain level of size and complexity, it becomes necessary to separate the Planner, Forecaster and RT Analyst roles. It’s not realistic to specify a size threshold above which you should consider having a multi-person planning team, for example, but there are some clear indicators that the time has come to do this. These include: the operation is struggling to achieve service level targets, there are obvious periods of overstaffing and understaffing, plans are never achieved, forecasts are frequently inaccurate and agent schedule adherence is poor.

So, how big should the planning team be? Is there a generic ratio of WFM Team members to agents? In reality, it depends solely on the complexity of the operation, for example the number of lines running into the business that will require forecasting and the degree of volatility in call patterns. Some queues have very stable and predictable volumes and arrival patterns, so minimal forecasting effort is actually required. However, as a general rule of thumb, for the Planner and RT Analyst roles, it’s approximately 125 agents per Planner and RT Analyst. This could flex between 100 and 150, depending on operational complexity and tools available. Some may also argue that it depends on which sector you are in and how tight the budgets are. I recently spoke to Ally Gray, a respected WFM professional with many years’ experience. Currently Head of Business Information at Parseq, a large outsourcer based in the UK, he had this to say:

“My view is that ratios range quite widely, and from my previous analysis and investigation, it ranges from 1:40 to 1:240 depending on the business type and the sector they work in!’’

There’s a lot to be said for creating an extended virtual planning team, including operational staff such as team leaders. Another interesting insight from Ally:

“My preferred model is now a ‘one team’ approach where the real-time responsibility is partnered with the operations teams to enable a very lean and efficient real-time support that reduces costs and minimises risk, as there are more eyes on SLA and people performance. This means that full opening times are not covered by real-time analysts but supported by ops people outside core hours. This enables a joined-up focused approach with the opportunity to reduce centralised costs.’’

In conclusion, there is an industry framework of best practice that seems to generally fit well across the sectors, but there is no hard and fast rule for success. It comes down to the people and their understanding that more and more the focus is on serving the customer.

With thanks to Darren Deehan at injixo

The Role of a Planning Team 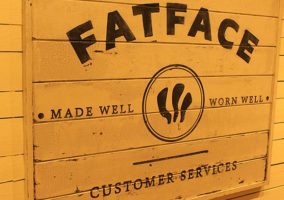 The Role of a Planning Team

How to Write a Successful Recruitment Strategy