Agent Salaries Fail to Keep up With Inflation

ContactBabel has been tracking key elements of the UK contact centre industry since 2003.

The following chart, taken from 12 years of surveys with UK contact centres, shows how mean average annual salaries have changed for each of these job roles. For example, an average contact centre manager salary in 2003 was £27,166, which has risen to £40,214 in 2014.

Alongside the actual salaries paid within the industry to each of these job roles, we have calculated what those salaries should have been if they had risen at the rate of inflation (changes in the CPI – Consumer Price Index – have been used).

Experienced and competent managers have been increasingly valued

Contact centre managers’ salaries have risen considerably more than the rate of inflation, being almost £4,500 higher than the CPI would predict. As most contact centres have grown in size and complexity in this time, experienced and competent managers have been increasingly valued.

The differential for the team leader/supervisor level is smaller, with the actual 2014 salary being only 2.5% greater than the rate of inflation.

At an experienced agent level, the actual salary almost exactly matches the expected inflationary salary, with only £12 per year difference between the two.

Considering this from a supply and demand viewpoint, the differential in new agent salary can be viewed in the context of industry growth, which is an indicator of demand: between 2003 and 2014, 244,000 new agent positions were created (which equates to almost 400,000 jobs), an increase of 33% over that time, and a major demand driver in any terms.

Yet the supply of people willing to work in the contact centre industry has obviously kept pace with demand, even taking into account a rise in staff attrition from 14% in 2003 to 19% in 2014, which would further strengthen demand for agents to replace staff that have left.

Salaries for new agents were ahead of inflation up until 2008

It is notable that the salaries for new agents were ahead of inflation up until 2008, when the economic downturn reduced alternative employment options, a view backed up by the halving of agent attrition rates between 2007 and 2010 as more employees opted to stay where they were.

These statistics do not give definitive answers to why new agents are paid less today in real terms than in 2003, but it is worth noting that there were 200,000 more UK university students in 2014 than 2003 and that the unemployment rate rose from around 5% in 2003 to 8% in 2014: both factors which add to the supply of people willing to and capable of working in contact centres.

That the industry is slowly shaking off the negative press it has faced, implementing better working practices and providing a greater variety of work is also likely to have increased the supply of agents, as is the steady growth in homeworking.

This research has been made possible by the help given to the research programme by thousands of UK contact centre professionals since 2001. 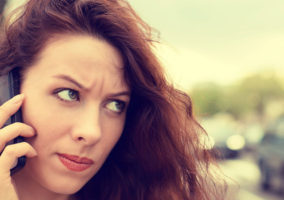 How do I undertake salary reviews?

3 Reasons Why You Should Get (and Stay) Current