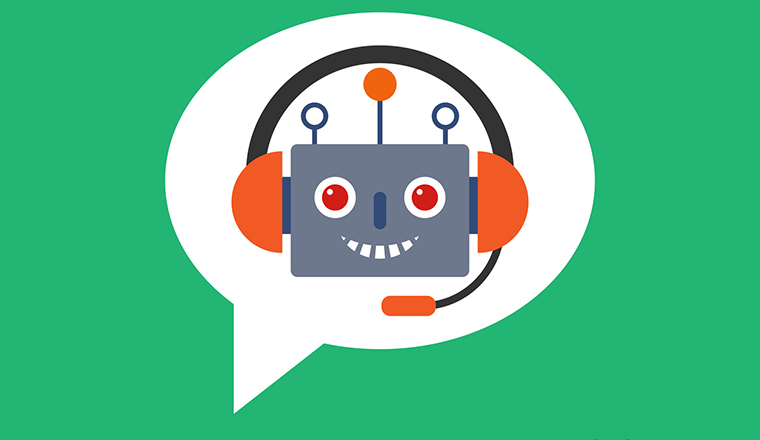 Jeremy Payne looks at the rise of automation in customer services.

According to a recent study by researchers at Oxford University and Deloitte, about 35% of current jobs in the UK are at high risk of computerisation over the following 20 years.

But don’t panic – at least not yet – robots are not good at empathy or negotiating broken processes and non-standard problems, the things that contact centres excel in and deal with every day.

Here, we look at the benefits of using robots to engage with customers, while highlighting why there will always be a need for the ‘human touch’ in customer interaction.

20 years ago, IBM announced their Deep Blue computer had beaten the then world champion at chess. Fast-forward two decades and UK-based company Deep Mind has created an artificial intelligence computer which can beat the European champion at Go.

When you consider that the number of possible player positions in the Chinese game is more than a googol (i.e. 1.0 x 10100) times larger than chess, it highlights the staggering growth of computing power.

Certainly, consumers today are carrying around a huge amount more computing power on their persons than they would have been even just a decade ago, whether it is in their bag, purse, wallet or back pocket. In line with this, most of the innovation we see in technology terms is consumer led.

Consumer spending on technology easily outstrips that of business and governmental organisations. They are more familiar with technology and used to living in the age of interruption, where short attention spans are the norm and people are less prepared to spend large amounts of time on getting what they want from a customer interaction.

Consumers are increasingly happy to engage over digital tools and apps to take self-service routes to get what they need, cutting out complex business-led processes. That’s great news for organisations of course, because self-service represents a very cost-effective and efficient way of providing service to the customer.

Robot agents are playing an increasingly critical role in this new world of automated digital interaction. Businesses are using them more and more at the front end of the interaction. Unlike their human counterparts, they are consistently reliable and always available. Moreover, they excel at triaging customers, interfacing with self-service applications and intelligently searching for information to help resolve queries quickly.

There are real opportunities today to utilise robot agents in a very positive way. That does not mean, however, that we can expect to see robots taking over the contact centre any time soon, or that humans will suddenly become subservient to them.

Smart organisations are not pocketing the financial gain they achieve from robot-driven self-service. Instead, they are reinvesting it in higher-value customer service, where human agents are key in resolving complex queries or in delivering a more personalised empathetic approach.

Robots in Their Place

Robots can be a great asset in the contact centre, freeing customers from complexity and reducing costs by limiting the need for human interaction.

They are empowering self-service but they empower the human agent also, freeing up their time to do the value-add non-routine tasks, dealing with exceptions and offering empathy to high-value customers at what McKinsey calls the ‘moment of truth’, where the consumer has invested emotional energy in the outcome of the problem.

According to Mark Lockyer, Business Development Director at IP Integration: “Customers really want engagement and often it’s a combination of human and robot agents working together that is best placed to provide that engagement. In industries like the travel and insurance sectors, people are looking to contact organisations for advice. They want to speak to human agents in the contact centre but the analytical robot agent can play a critical background role gathering relevant information and presenting it as a single view to the agent at the appropriate time, enabling the agent to service the client quickly and efficiently.”

It seems likely that we are going to be in a world where we start to see the hand-off between machine and human become cleaner and smarter than before. Already today, if you are in a chatroom talking to an organisation, you typically interact with a robot who will escalate your problem to a human agent if they can’t solve it for you.

Ultimately, smarter organisations appreciate that this is a digital-by-design approach. It is not one size fits all. What works for younger, more tech-savvy customers might not work for older customers who are used to fixed line phone calls or face-to-face interactions.

There is a balance to be struck. The truth is that while the robots will not be taking over the contact centre any time soon, they are an increasingly valuable asset that contact centres can employ today to drive up the quality of their customer service.

Watch our recent webinar “The Robots Are Coming” to really find out if the contact centre will be taken over.

With thanks to Jeremy Payne at Enghouse Interactive 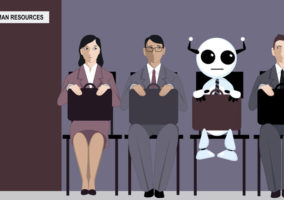 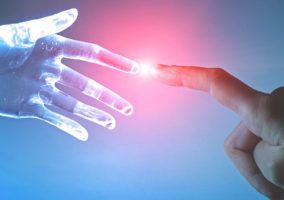 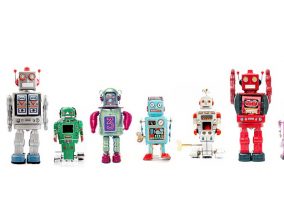 Top ten tips for taking pressure off the call centre

The Power of Having One Persistent Conversation With Your Customers