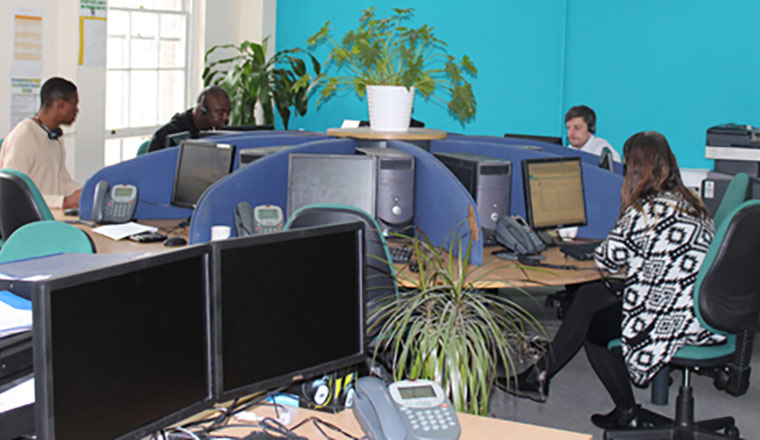 Direct Response are an outsourcing contact centre business and the parent company of Cirrus. They currently handle a combination of phone calls, emails and letters for their clients, including George Foreman Grills and Remington.

Each team has to contribute to the in-house magazine

They run a monthly company magazine called The AdvisOR. This features news on everything from charity events and competitions, to congratulating individuals on promotions and high scores.

Every team is expected to contribute at least 2 pages of content to each edition, and the final version is emailed to everyone.

Rather than offering a box of chocolates or a fixed cash sum as a prize, Direct Response sometimes offer a “surprise prize”.

One of their offices has team fish called “Sharky” and “George”, named after the 1980s cartoon characters. 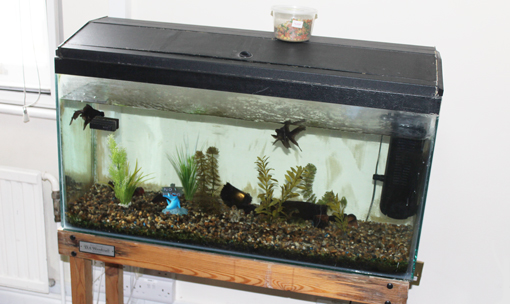 “Sharky” and “George” brightening up the office

They help to make the office look a bit more colourful, as well as promoting team bonding as everyone takes it in turns to feed them.

The company tries to encourage open communication with:

This approach has been especially beneficial for Direct Response in recent months, as they are currently undergoing a merger. Their open communication policy has subsequently helped to nip any rumours in the bud, as well as prevent their agents from jumping ship.

Another observation was the absence of wallboards, in favour of centralised supervisor workstations. These workstations – running Cirrus Management Information software – display the same information that would typically appear on a wallboard. For example, available agents and SLAs, as well as call duration and call wrap time. 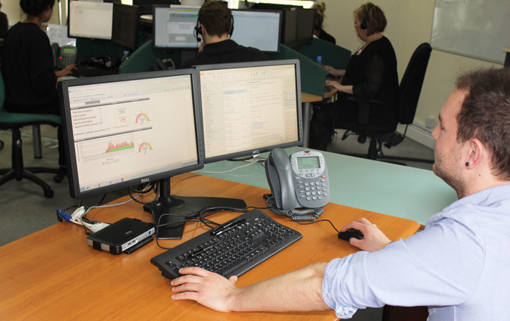 However, the information is seen only by the supervisor, as opposed to being projected across the sales floor for the agents to worry about. In practice, this involves the supervisors taking it in turns to monitor the workstation and manage their agents accordingly.

“It is really important for us that our agents focus on First Contact Resolution, so the last thing we want is for them to feel overshadowed and hassled by metrics,” said Nancy Parker, Director of Operations at Direct Response. “I believe it is the supervisor’s job to deal with the stress of the call volumes, and I feed this information out positively to the agents. After all, they get paid enough to do so.”

A career path for agents helps to build an engaged workforce

Direct Response have a visible career path which allows agents to progress through the company. This involves a series of ‘tiers’ which agents can progress through by meeting targets and completing NVQs. Each ‘tier’ is accompanied by a pay rise – a fact that is promoted across the company to incentivise progression.

“The visible career path was one of things that really appealed to me about working here,” said Lizzi Craig, Senior Advisor at Direct Response. “If you want to progress you can.”

Taking an interest in developing their agents has proved to be a successful business strategy, as they can now reap the benefits of having home-grown managers. 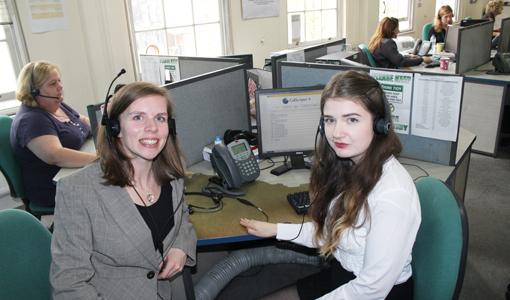 Megan learning the grass roots of the business with Lizzi Craig

It is a well-known fact that getting managers on the phones can do wonders for morale. However, it is fair to say that Direct Response have taken this idea and made it their own. 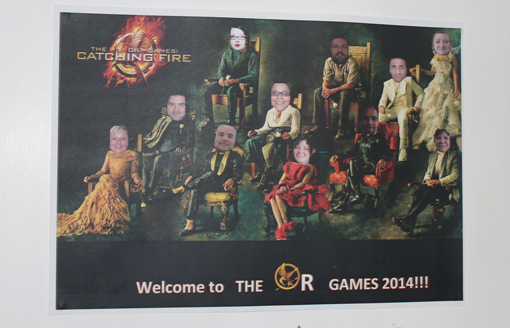 The OR Games are widely advertised across the contact centre

The OR Games, an in-house spin on The Hunger Games, is a weekly competition which involves pitching team managers against one another. While being coached and scored by one of their own agents, managers will take calls for an entire morning, with the worst performing manager being attacked with water balloons in the car park!

Benefits of this include:

To see all of the photos from our site visit, go to our Facebook page. 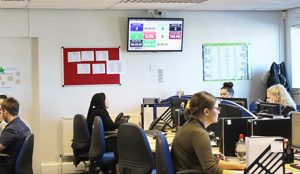 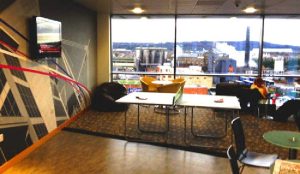 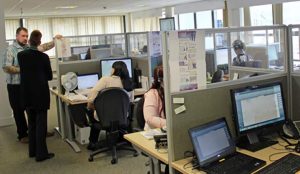