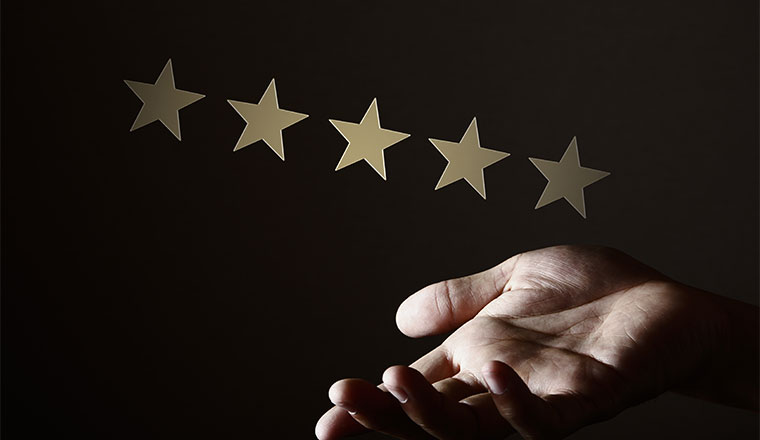 Call centre managers are often told to speak using above the line language or with positive words and phrases. However, many are not told what they should refrain from saying. After all, words may have the power to build up, but they can also tear down.

The way managers and team leaders communicate within call centres has massive impact on the people within the business and, by knock-on effect, on the customers with whom they communicate. Here Nick Drake-Knight shares his experiences with us.

For other essential skills for contact centre managers, read this article.

I’ve identified a series of the most common damaging phrases I’ve overheard in call centres. These language patterns are toxic and cause psychological discomfort to call centre colleagues, and to their customers if they are ‘transmitted through infection’.

So, what are some of these damaging language patterns?

Should, must, ought to, have to, have got to, and need to are words or phases that demand something of an individual. By using such demanding language a call centre leader is (perhaps without even knowing) placing an irrational suggestion into the mind of the team member.

In reality, the team member doesn’t have to do anything at all. There may be repercussions for her if she doesn’t do what is being demanded, but the fact remains that the team member can do whatever she damn well chooses!

The use of such emotive language has no place in a professional call centre that cares for its people. It’s not even particularly effective. It merely creates temporary compliance.

As one of our colleagues sometimes comments,

“That manager just musts all over his staff. It’s very messy.”

People who consistently use this type of language are known as must debators, or mustabators. Mustabator language has no place in coaching call centre staff.

This is one of our favourites. When we sit alongside a new team leader, or a relatively experienced manager who has been poorly trained, we hear this language pattern time and time again. “Why can’t you do it?” or “Why do you find it so difficult?” This is the worst possible question a manager can ask a team member.

Asking someone why he or she can’t do something just reinforces that he or she can’t, even when with a little resourceful thinking and some behavioural changes, he or she probably can. Use “Why can’t you?” and you will perform poorly as a team leader.

“You’ve done well…BUT…” (The But Monster)

The But Monster is a word that joins two sentences together. In team communication it can also act as a destructive rapport breaker.

Imagine a scenario – Pam, a customer services manager, meets with a customer services assistant, Tom, perhaps at an appraisal meeting, and proceeds to explain how some of his work has been quite good and that he has achieved some of his objectives. Maybe the manager goes on to add that other parts of Tom’s work have been quite good, too. Now, imagine also that Pam (the manager) is using a spoken syntax that has a downward inflection to the end of each sentence – ‘sentence dropping’ as it is sometimes called.

The impact of the customer services manager’s message is already disempowering for Tom. He has, remarkably, broken the code of the message, even before it is has been delivered completely – the employee knows instinctively that the next word to be uttered by the manager will be ‘But…’ followed by a message that is either critical or negative, or both. How does he know this? By what means does he have the mind-reading capabilities to second-guess the manager’s thinking?

Look closely at the following examples:

“You were quite friendly with the customer but you should have spent much more time on the phone with her.”

“Yes, when he called you did acknowledge him, but you ought to have used his name.”

“Your performance dealing with that enquiry was OK but you need to up-sell more while you are processing the data.”

Have you noticed the impact of the word ‘but’ on what is being said? In the examples shown, the use of the word negates all that goes before it.

In call centre team leadership, we recognise that the But Monster erases all the good positive language that precedes it. As one young manager told us,

“You just know that everything before the But Monster is bullshit.”

“How many times have I told you this?”

This is an absolute killer of self-confidence. The lack of sensitivity and awareness from some call centre team leaders is staggering. If a team member has been told ‘time and time again’ about a given work process, maybe the team leader’s method of communicating is not as effective as it could be?

Imagine the frustration for the team member, as she feels bad, has rapidly deflating self-esteem, and struggles to find any sense of confidence that she can do the job. You can almost hear the team member silently cry out “Try helping me in a different way then!”

Not everyone is cut out for call centre work and sometimes consistently poor performance really is an indicator that the employee’s skills or ambitions do not fit the role. That’s not always the reason a call centre employee performs poorly, though. I’ve discovered that, too often, it is the style of a team leader’s communication that is causing the difficulty.

Well you’re not, so shut up. 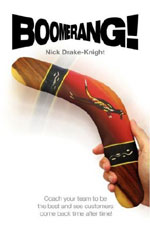 This article is extracted and adapted from the book “BOOMERANG! Coach Your team To Be The Best And See Customers Come Back Time After Time”, Nick Drake-Knight.  Nick Drake-Knight is an author and change consultant with NDK Group.

For advice for how to be a great contact centre manager, read our article: What Does a Good Customer Service Manager Look Like? 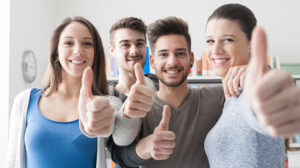 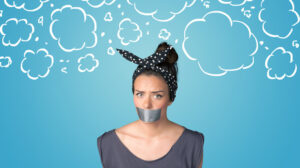 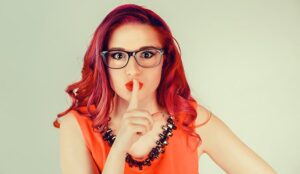