How to Curb Call Centre Gossip 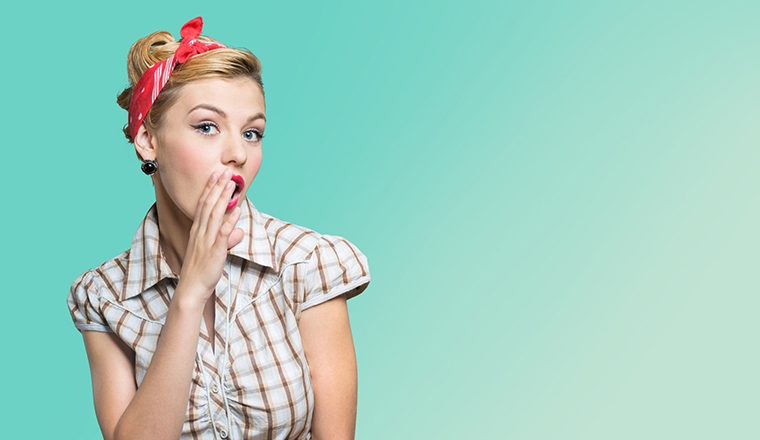 Inter-staff communication is a key ingredient for the creation of a cooperative, energised contact centre. But should employee gossip spiral out of control, you could find your workforce’s productivity evaporate into thin air.

Here, we look at the best ways to deal with excessive chitchat and restore your centre to its former glory…

As with many contact centre quandaries, the first step towards the resolution of this potentially destructive problem is through good, old-fashioned analysis. By making a clear distinction between the personal and the work-based gossip, you’ll be able to identify the nature of your staff’s prattle and plan your next course of action accordingly.

It’s crucial to remember that business chatter between colleagues is very often far from harmful; in fact, this type of gossip can effectively constitute honest, helpful and free market research. Nobody, after all, is able to gauge your customers’ general mood and your company policies better than your front-line telephone staff. In this way, business gossip can ultimately contain a means to benefit not only your contact centre but the company as a whole.

Even so, there’s a time and a place for raising feedback, and covert chitchat in between calls is unfortunately not it.

If you feel that gossip among your staff has grown unmanageable, arrange an informal meeting for each of the department’s teams. Use these sessions to reaffirm the management’s appreciation for its employees’ commitment, and to explain that the company is more than happy to consider any criticisms, sentiments or suggestions its staff might have. Then, draw the group’s attention to one or two recent examples of inter-office prattle, and demonstrate how these have served as distractions for the rest of the team.

Explain the importance of full concentration as a means to the end of workplace productivity, and encourage your staff to articulate and vent their concerns via a more appropriate channel by introducing a new, prize-based suggestion box system. By replacing office gossip with an official alternative, your staff will be left sure that their comments will be considered and, at the same time, have a chance of winning the month’s “best idea” reward.

Whilst business chat can lead to a more honest and open work environment, the same cannot be said for more casual, non-work-related gossip. If you find that the chitchat between your staff is of a decidedly personal nature, the chances are it’s time to act.

Unfortunately, personal chat can all too easily cross that fragile line between good-hearted banter and the sort of morale-shattering jabber that can seriously hamper a department’s productivity. Worse still, seemingly harmless rumours and inter-colleague quips can very quickly turn sour; before long, you could find that individual employees have become targets of a far more sinister brand of gossip – a brand which amounts, quite plainly, to bullying.

Since you as an employer are responsible for the welfare of your staff, it is particularly important to stamp out any office babble that revolves around your employees’ gender, race or religious beliefs.  By allowing such gossip to fester, you could become embroiled in an employee tribunal or, at the very least, a series of very uncomfortable meetings with HR.

To put an end to workplace bullying, start by redistributing your employee handbook among the ranks. If it doesn’t already have one, add an emphasised section on your company’s zero-tolerance policy towards malicious gossip. Make clear that yours is an organisation with a duty of care towards its employees, and that any breach of your official guidelines will be dealt with via the usual disciplinary channels.

Next, reaffirm the nature of your company’s open-door culture, and remind employees that they are welcome to air any of their concerns directly to you, whether through a scheduled one-to-one or during a spontaneous, less formal discussion.

Either way, be sure to document the meeting’s contents in full and to obtain your employee’s signature confirming that your notes are full and accurate. Your records will help you to keep track of the situation’s development and, should the issue escalate further, act as firm evidence that your managerial duties have been fulfilled.

Once you have identified the chief instigators of harmful gossip, draw each into a formal meeting to discuss the destructive results of their actions. Explain that, as part of your initial course of action, you will be removing them from their immediate neighbours and relocating them among a batch of your more sensible employees. Crude as it sounds to say, the embarrassment involved in having to move seats will, in many cases, put a swift end to the problem.

Malignant gossip is frequently the result of boredom

At the same time, run an analysis on the culprits’ productivity and quality of work; paradoxical as it seems, malignant gossip is frequently the result of boredom, and can therefore originate amongst your most experienced members of staff. If you find this to be the case, consider extending or varying the perpetrators’ duties; by eliminating the boredom and keeping your gossipers’ minds occupied throughout the day, you’ll have restricted the free time they have to destroy the workplace.

Should these actions fail, it will unfortunately be time to pass the case to Human Resources for further action. So long as you’ve followed these tips to the tee, though, you’ll at least be able to show that your organisation has taken reasonable care in ensuring the protection of your staff’s wellbeing. In the unfortunate event that your company does end up in the docks, the very first acquittal will be your own.

It’s easy to forget that employee gossip is not limited only to verbal communication. In fact, research suggests that around 75% of your telephone staff will frequently abuse their access to email by distributing jokes, organising social events and even airing their views on colleagues, customers and managers.

As well as the obvious decline in quality and productivity such unhelpful communications will bring about, these figures present a disturbing implication as to the potential for breach of your company’s Data Protection and PCI DSS obligations. Since proven breaches of these directives – whether accidental or otherwise – can result in huge fines to your organisation, the matter of email abuse should not be taken lightly.

In such draconian times as these, you would be wise to consider the age-old adage of “better safe than sorry” and adopt a policy of routinely monitoring your agents’ internal communications. Depending on the size of your workforce, such a practice may prove both costly and time consuming, so this may be a good time to consider restructuring your employees’ privileges altogether and filtering email access to a manageable smattering of your most trusted, mature agents.

These individuals will become responsible for escalating their colleagues’ day-to-day concerns to management and, in turn, printing and distributing important email updates among their co-workers.

Whilst such an approach to internal communication may seem slightly heavy-handed, it is important to remember the perilous gamble you’d take by turning a blind eye to email abuse. Unfortunately, it’s no exaggeration to say that a mere handful of PCI DSS penalties could annihilate your company’s profits for years to come. All things considered, can you really afford to take the risk?

To end on a more pleasant note, you’d do well to remember that not all office gossip is detrimental to workplace cohesion. So long as your staff’s chitchat is not harming the productivity, morale or general wellbeing of others, there’s actually a good chance that it is helping to forge crucial bonds between colleagues.  Bonds which will, in time, help keep your staff’s output well up to scratch.

So, always take care to carry out a thorough analysis before bringing out the action plans; if you clip your workers’ wings too short, you’ll soon find their attrition levels rise.

George Dixon is a regular contributor to Call Centre Helper.

So, what’s your take on employee gossip? Put your thoughts in an email to Call Centre Helper… 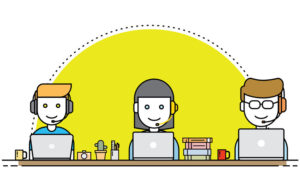 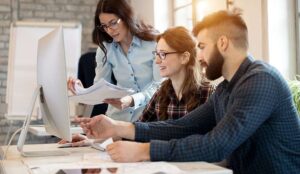 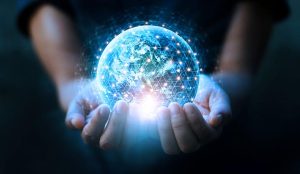 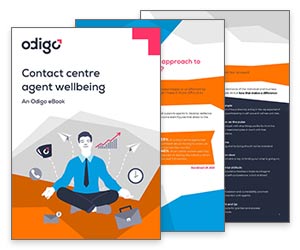