Music On Hold – Do I need a licence?

How to Reduce Hold Time in Your Contact Centre 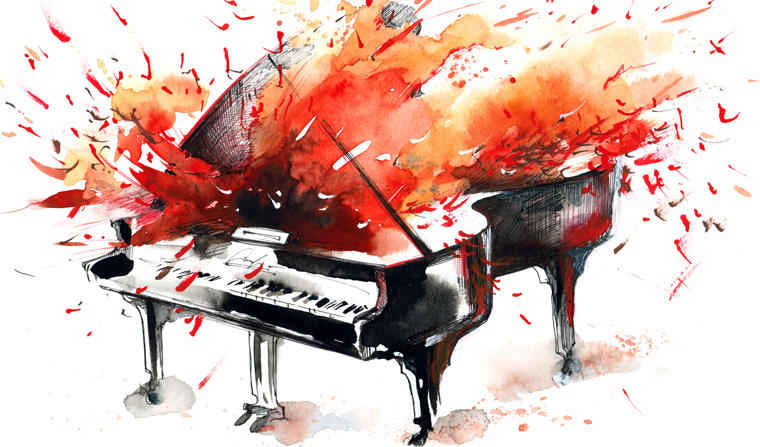 We receive many questions about music on hold – and in particular what licences are required.We find that many people may be over-paying for their licences. For example, if you play Vivaldi you do not require a Performing Rights Licence, but you do require a Public Performance Licence. Confused? Read on…

Generally speaking there are two licences required for a call centre to play music on hold. This
article refers to the licences required in the UK. It is likely that the same situation applies in other countries, but it will be wise to check.

Firstly there is the Public Performance Licence (PPL).
This covers the royalties which are paid to the performers for the music (for example to the artist or to the orchestra who made the recording).

The current cost of this licence is £151.34 for the first 15 lines and then £52 for every subsequent 15 lines. A licence is required for every switchboard or call centre location.

The second licence that you require is the Performing Rights Society Licence (PRS). This covers the royalties which are paid to the composer of the music and the lyrics (for example the song writer).

The current cost of this licence is an annual standing charge of 61.36 plus 3.02 for every telephone line.

The table below provides a rough idea of the costs of the two licences for a typical call centre.

(The figures presume a ratio of 1.2 incoming lines per agent)

The nice thing about these licences is that once you have purchased the licences you can pretty well play any CD available from the major record companies. You can just buy a CD from your local record store – pop it into the music on hold player and away you go.

Is a licence always required?
However there are a couple of specific instances where a licence may not be required. We have checked with PPL and PRS about the licence situation.

Royalty Free Music
There has been an explosion of royalty free music in the past few years. This is music where the performers choose to not join the PPL scheme and instead sell their music at a higher price. Most royalty free music suppliers, for example Q- Music or AK Music choose to stay as a part of the PRS scheme – for their contemporary music.

With most royalty free music you would still require a PRS licence.

Classical Music on Hold
Some classical music does not require a licence as it is out of copyright.

Copyright on written music – for example the score – expires 70 years after the composer has died. If the written copyright has expired then you do not require a PRS licence.

You can now use music on hold by both Elgar (Enigma Variations or the Cello Concerto) and Holst (Planets Suite) without the need for a PRS licence. However, since the sound recording was made in the past 50 years you will probably need a PPL licence.

Public Performance Licence
A public performance licence is required on nearly all recordings from the major record companies, recorded in the past 50 years.

There are two main exceptions.

If you were to scour the second-hand record shops and find an old 78 record – for example the 1935 recording of Vivaldi’s Four Seasons by the Berlin State Opera Orchestra – you will probably be able to use this music without a PPL or a PRS licence.

According to David Harmsworth of PPL, “It is not enough just to look at the year in which the recording was made. If a recording is released within 50 years after being recorded, the copyright runs for 50 years from the end of the year of release, not the year of recording. So if your Berlin State Opera Orchestra recording was made in 1935 but not released until 1965, the sound recording copyright would survive until the end of 2015 – meaning that a PPL licence would still be required. If however the recording was released the same year it was made – 1935 – then no PPL licence would be needed.”

Many Royalty Free companies also stock a range of classical music recordings from old composers, which are free of both PRS and PPL licences. Examples would be “Music From the Past: Medieval to Baroque” available from by AKM Music at 29 or Mozart’s – “Overture to the Marriage of Figaro” or Brahms – “Final Movement Violin Concerto”, both available from Q-Music at $39.99.

Which licence is required?
To help simplify a rather confusing situation we have put together this table that will help you select the licence that you require.

Be careful not to cheat

You may look at getting music on hold licences as a bit of a luxury. But be very careful. Both PPL and PRS have strong methods of enforcement.

They use a variety of research methods to identify businesses that are using music on hold and require a PPL and PRS licence, including the use of field agents, telephone campaigns, press searches and even the occasional tip-off. They also often ask about music on hold on our other licence application forms, in case a business applying for a different type of licence also requires one for music on hold.

In terms of enforcement, using music on hold without the requisite licence is copyright infringement. Where a business refuses to take out a music on hold licence, the remedies available to PPL and PRS would include a court injunction to prevent the business from continuing to use music on hold, as well as an award of damages (the level of which is assessed
by the court).

Conclusion
We would always suggest that you carefully select music that is appropriate and calming to your particular callers. This would typically require both PPL and PRS licences.

If you want to avoid paying any PPL or PRS licences the easiest way would be to purchase copyright free classical music from a Royalty Free library.

Examples would be Mozart’s Overture to the Marriage of Figaro or Brahms’ Final Movement Violin Concerto, both available from Q-Music at $39.99.

As ever we would suggest that you buy music based on whether it is appropriate to your audience – rather than just being cheap. 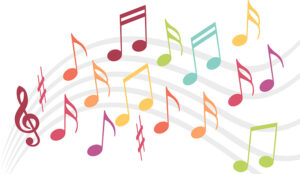 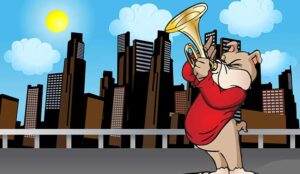 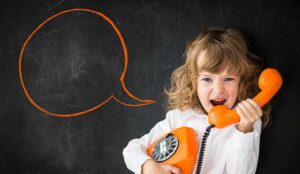 Is Your Music on Hold Turning Off Your Customers?
6 Comments
Contact Centre Reports, Surveys and White Papers
Get the latest exciting call centre reports, specialist whitepapers and interesting case-studies.