Our Next Webinar
Webinar: The Advisor of the Future
03 hours
44 mins
31 secs
Register Now

Rob O’Malley shares his experiences of managing an offshore contact centre in the Philippines.

When running a telesales operation in Manila, a client of mine came to the Philippines with his pockets stuffed with 500 peso notes. He wanted to create a buzz around the office by giving out on-the-spot incentives. The money that some of the agents made was about the equivalent of 2 weeks’ net salary.

The client flew home the day after these incentives were given out armed with the “knowledge” that he’d worked out how to motivate Filipino agents. At the end of the shift, the floor supervisor told me that one of the team leaders wanted a holiday for the next day and he was going to grant him this.

When I questioned the supervisor about the merits of this, he pointed out that he thought a number of the agents wouldn’t come in the following day. Feeling rather perplexed by this, I had one of the rare moments in my life where I didn’t have anything to say. Sure enough, absenteeism was very high the next day, with the top-performers not showing up. In fact, some of them didn’t show up for 3 days.

After his long flight home, the client received his report of the results for the day after he’d left and was shocked to see how his total sales had plummeted by 50% within 1 day.

The moral of the story is that foreigners should never assume that they know better than their Filipino counterparts about what motivates staff.

Immediate cash incentives can be a solution to improve sales but you should always check the merits or disadvantages about anything you plan to introduce with local management. This isn’t just important for incentive schemes but for all ways of getting the best performance out of your employees.

On the client’s next trip, I took him out to lunch with the supervisor who I’d previously asked to come up with a special incentive and for him to explain the idea before we’d even got to the office. The plan was that each team that hit their total team targets would go out to the finest pizza restaurant in the area. The result was that every team hit the targets and the best agents still turned up for work the following day.

The staff love social interaction and the lure of the pizza party was enough to get them excited. I’ve also found that Filipinos are typically far less cynical about any kind of incentive schemes than their counterparts in the many British call centres that I’ve worked in, and a relatively small amount of money can have a dramatic impact if implemented correctly.

One area of work culture in the Philippines which often surprises Westerners is the way in which they choose to respond to a change in their working environment.

I learnt this when we had to change the shift patterns of some agents so that they worked 1 in every 3 Saturdays and would have a day off in the week instead. Of course, this would be an issue in any call centre in the world, but it was something we had to do. I took the agents into a room and explained the situation and even brought pizza, which always seems obligatory when trying to win support.

At the end of the meeting, nobody raised any concerns and I left the room surprised at how easy it had been. Several hours later, a shift supervisor informed me that I had a near-mutiny on my hands as the changes hadn’t been accepted in the way I’d thought. There are several lessons here.

The obvious one is that Filipinos don’t like confrontation, especially with those higher up in the organisation and especially if they’re foreigners. Just because they don’t raise their concerns doesn’t mean that they don’t have concerns.

It’s also true that I should have discussed the way to communicate this message with the Filipino management within the organisation to determine how they would approach this situation. It’s worth repeating the message that Filipinos know better than foreigners how to manage and communicate with their staff and their advice should always be sought in such situations.

I’m sure many people who’ve worked in call centres in the UK or the USA have met team leaders who think that when they leave, the whole operation will fall down without them and that their team will leave soon after.

Of course, unless there is some underlying cause for this, it rarely happens, but in the Philippines it’s actually widespread.

The nature of the Philippines often means that co-workers form strong bonds. This happens across the organisation structure and many of them will follow their line managers to their next job opportunity. This strong bond has another side effect which is often overlooked. Team leaders, coaches and quality control staff often build up a relationship over time which can make it harder for them to do their job effectively.

In 2002, I visited a centre in Manila which was experiencing quality issues with one of its clients. I suggested to the operations director that he did a quick restructure so that team leaders would manage different teams.

The account included 7 team leaders and my untested theory was that each of these 7 should be allocated to agents whom they knew the least well. It’s true to say that there was some resistance to the idea from both team leaders and agents, but the results were immediate, dramatic and long-lasting.

Each team leader quickly noticed that their new agents were doing things wrong and were able to make some pretty significant improvements. I then suggested that this should be something which should be done on a fairly regular basis and even to switch agents across different accounts where feasible.

Based on my new-found wisdom, I then worked with a number of other centres and got them to adopt a similar approach, and all experienced positive results. Although we never measured it, I’m sure that the number of agents who followed their team leaders to their next company also reduced dramatically. Similar caution is also needed when allocating quality control analysts to specific agents.

The importance of family

For example, the salaries of call centre workers are often being used to pay for the younger siblings to go through college. In 2007-8, there was a global rice crisis where rice-exporting countries such as Vietnam and India restricted their rice exports. Like much of Asia, rice is the most important staple food and there was increasing panic about whether the rice-importing Philippines would be able to cope.

To combat this, a number of call centre companies purchased rice, which they then provided to their staff and their families. It’s quite amazing what a positive impact such a small gesture had. The call centre agents quite simply became heroes within their families just with a few bags of rice.

This situation reminded me of a conversation I had had with a Filipino priest shortly after I arrived in Manila. He told me that Filipinos juggle 4 balls in their lives: their family, their health, their god and their work. Of the 4 balls, only the work ball is made of rubber and will bounce if you drop it. The other 3 balls are made of glass and will smash once dropped.

I guess this thought process isn’t unique to Filipinos, but it does highlight the importance of family.

“Chismis” is a commonly used word in the Tagalog language, and it translates to “gossip” in English. It’s no surprise that “chismis” is one of the first words foreigners learn in the Philippines because its use is so widespread.

The call centre environment in any country lends itself to a culture of gossip and rumour, mainly due to the large number of young people working in close proximity and the rapid way things can change in such an environment.

However, in the Philippines, I have often been shocked at the amount of “chismis” and the speed with which it spreads. One time, I worked with a client who operated across multiple vendors in Metro Manila. The client was introducing widespread changes to the project and it was my job to communicate these changes to the agents.

By the time I’d arrived at the second call centre, the agents had already been pre-warned about the changes. But the inevitable Chinese-whispers had altered some of the key messages and, whilst the changes were predominantly positive, they’d been communicated to the agents at the second centre with a very negative twist. It had been less than an hour from when I’d finished communicating to the first set of agents to when I spoke with the second set, but the traffic in Manila moves far slower than text messages!

It’s very difficult to control such gossiping among call centre agents. Most centres already ban the use of mobile phones on the operations floor but this doesn’t prevent them from texting on their breaks. In fact, the issue is not one you can approach through restricting communication, but you should be far clearer in the communication process. Many experts prefer to document all changes and ensure the agents have this available to read in addition to or instead of verbally communicating the changes.

Chismis certainly isn’t unique to call centres. Filipinos use social media and text messaging heavily to discuss everything from politics to work. You can’t change this but you do need to ensure that your messages are received loud and clear. You also need to provide a culture of trust within your organisation so that the Filipinos don’t fear negative rumours.

The devil is in the detail

Many senior executives of outsourcing companies believe that their Filipino staff are very strong when it comes to following well-documented processes, but can be weaker than their counterparts in onshore call centres when it comes to critical thinking.

Sometimes, this means that an operations manual designed for use in the United States or United Kingdom needs further clarifications when used in the Philippines or other offshore locations. On the positive side, this can mean that Filipino agents are often strong in adhering with compliance-related issues, but it may also mean that they need more regimented call scripts as opposed to call guides.

When implementing this, it’s essential that this still results in a positive experience for the end customer, who has often complained that offshore agents fail to look for creative solutions to their complaints.

Rob O’Malley is a call centre expert with extensive experience in the UK & the Philippines. He is the former Chairman of the British Philippine Outsourcing Council and also the author of the book “Philippines Call Centre Outsourcing” from which this article is kindly extracted.

If you have any questions, you can connect with Rob O’Malley via Twitter @callcentres 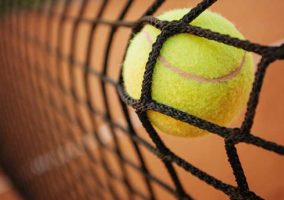 How do I - manage people who are my friends?

How do I - manage negativity to change?
Contact Centre Reports, Surveys and White Papers
Get the latest exciting call centre reports, specialist whitepapers, interesting case-studies and industry events straight to your inbox.

How do I - manage people who are my friends?

How to Manage and Exceed Customer Expectations – With Examples
Upcoming Webinars

The Power of One