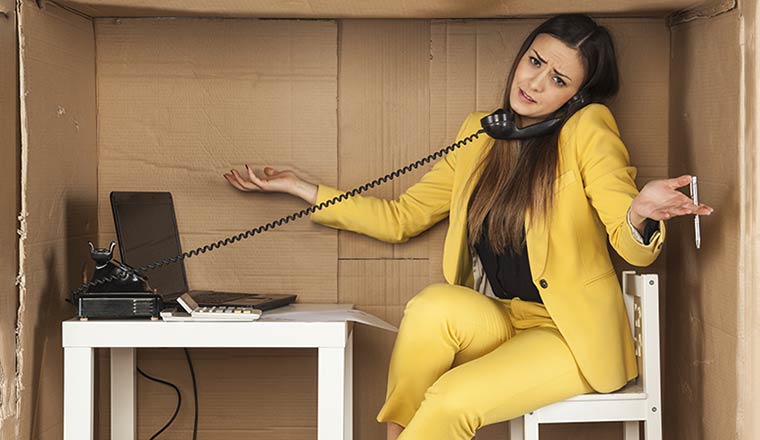 When people say that the world is shrinking, they usually don’t mean it literally. Yet that’s exactly what’s happening in almost every part of our lives.

Communications technology might be making distances irrelevant, but people are acutely aware of the way that their own personal space is diminishing. The proportion of the planet living in urban areas has grown from 34% in 1960 to over half in 2014, and we’re living and working in ever-smaller spaces. The average UK living room has shrunk by a third since the 1970s, for example; while in the US, each worker has lost 20 square feet of personal space since 1992.

Squeezing more people into smaller spaces is creating a host of challenges for everyone from city planners to transport providers, but it’s a particular issue for businesses – especially those that depend on telephone communications.

The rocketing price of rents and real estate means that businesses are trying to cram more people into any one space. Aside from issues of personal comfort, that might not seem like too much of a problem – but for call-centric companies, it can have a serious effect on the quality of the phone conversations on which those businesses rely.

As businesses embrace the benefits of cordless telephony, they quickly run up against space limitations in today’s cheek-by-jowl office environments. The number of headsets that can be used in any given area depends on several factors: from physical space to office furnishings to the presence of metal objects or even large glass surfaces. When an organisation attempts to maximise its office space by trying to accommodate a large number of traditional wireless headsets in a limited area, call quality quickly deteriorates.

This should be a major concern for every business that relies on the telephone – for example, those involved in sales or customer service.

Call-centric workers talk and listen for a living. It’s their primary way of adding value to an organisation, and the best of them are often paid a substantial amount of money to do it. Important as it is to make the best use of office space, what’s the point of hiring skilled operators if you’re going to hamstring them with out-of-date technology?

Conversation quality is obviously a major issue, especially as calls are becoming more and more complex since automation is removing the need to simple, transactional calls. But it’s not the only issue affected by devices that don’t support high density.

To avoid the interference inherent in close-packed working spaces, employers have to undertake detailed deployment planning to take into account the different factors affecting call quality and to make sure there is sufficient space between wireless base stations. As ever, there is a trade-off between short- and medium-range settings which, although increasing the number of devices in one space, severely limits the range of each device.

The result is often unnatural office configurations where workers are banished to far corners of the building. This does nothing for the collaboration and interpersonal communication that’s so important for resolving many customer service enquiries; nor does it do anything for employee happiness and wellbeing.

Every wireless technology from DECT to Bluetooth will experience capacity issues at some point, because the number of available radio channels is limited. The latest generations of DECT wireless headsets, however, feature advanced codecs (the device that encodes digital data streams – in this case, voice and audio) which can vastly improve density – often by up to three times.

These new technologies obviously increase the number of phone workers that a business can fit in an open plan space, but that shouldn’t be the sole focus of an organisation’s communications strategy. With the extra leeway provided by new DECT and codec technologies, these businesses have an opportunity to re-think the way they orient their spaces so that every worker has the space they need to concentrate and have uninterrupted conversations, as well as the freedom to move around the office to consult and collaborate with colleagues.

Choosing the right headsets isn’t an end in itself; instead, these devices should enable businesses to re-think the way that they create great working environments – as well as to deliver the best possible audio experience for workers and the customers they talk to every day.

In a rapidly shrinking world, we all need to learn how to rub along with each other, and to get the best out of our interactions. Headsets – such a small yet crucial part of office life – can be the catalyst for making the crowded office a great place to work.

This industry insight comes courtesy of Jabra. To find out more about them, visit: www.jabra.co.uk 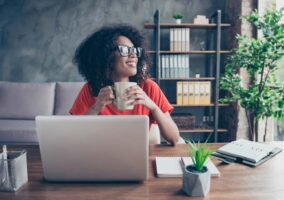 Is There Still Space for the Office Space? 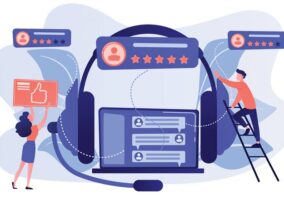 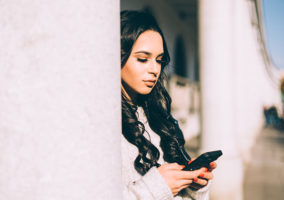 Is There Still Space for the Office Space?

Why Do Millennials Choose Chat Over Traditional Customer Service?