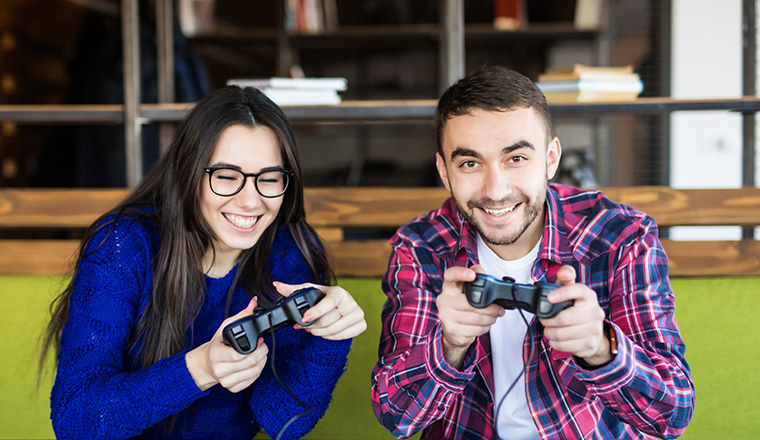 A lot of people get addicated to Xbox games, consistently trying to beat their best score.

So would it be possible to turn performance management into an equally addictive game?

Achieving a high level of performance from a team of agents is one of the biggest problems a call centre manager faces. Some agent roles are basically dull and repetitive. Motivating people to do these jobs is usually done through a combination of targets, financial incentives and the carrot of potentially moving up into a better job or supervisory role at some point in the future.

These solutions work, up to a point, but they require a certain amount of enforcement. Maintaining a high level of performance is a bit of a battle, and inevitably some conflicts arise.

The idea of making performance management into a game is simple enough. Games are fun. Make work fun, and people will want to do it, without needing to be told. Games have been used in call centres for years, mostly as a relatively short-term motivational measure to inspire a burst of competitiveness and to boost productivity.

Could performance management be made into a game?

“Although the actual use of games as a performance management tool might be considered a novelty, there is something to be said for the idea,” said Thomas. “Understanding how playing games affects the way that humans think and behave can be an effective technique to promote soft competition among employees, as well as motivate staff to hit targets.”

It is not necessarily about taking the tried and tested call centre games and running them indefinitely on a much bigger scale.

“The enjoyable element of game play, which encourages and excites people, can be replicated in the workplace to mirror these emotions towards working goals and targets.”

The downside to fostering a competitive spirit is that people get disheartened when they lose. Nobody likes to be beaten, especially not at work. Any move towards the ‘gamification’ of call centre performance management would have to avoid creating a straightforward competitive environment in which a victory for one team or employee would mean that someone else would lose.

One solution is to celebrate and reward employees’ performance in terms of their own individual standards. Instead of competing against each other, employees compete against themselves.

“For example, top performers are rewarded and celebrated, but low performers’ performance is not exposed, instead showing personal bests, etc. There is a competitive element, but it is kept trivial and fun, instead of daunting and aggressive,” said Chris Thomas of Aspect.

Incentivising agents to beat their own previous best takes away some of the potential aggression of competition. But it also has a limited shelf life. How many times can an agent improve before performance levels off and the incentive fades?

What makes a game so compelling?

To illustrate this, let’s have a look at some of the motivational games we featured last year in this article.  In particular, the ‘Pod Wars’ game played at Domestic & General provides a good example of how elements of the psychology of game play can be used for longer-term performance management.

In ‘Pod Wars’, agents sit in teams at workstations (pods) and compete against a rival pod. When an agent makes a sale, they get to ‘sink’ the agent sitting in the corresponding seat in the opposing pod – like in the popular game Battleships.

“People find it really engaging; it ignites competitiveness, builds comradeship and helps the team to bond. We extend this further by awarding prizes that the whole team can participate in, such as a night out, a spa day or a group lunch,” said Domestic & General Site Operations Manager Ben Dale-Gough, speaking to Call Centre Helper in February 2011.

Whilst agents in ‘Pod Wars’ compete against each other directly, they do so in teams. If an agent is ‘sunk’, the team is not necessarily defeated. In fact, that situation could even further motivate the remaining players on a team to make a sale or hit a target and strike back to level up the game.

However, ‘Pods Wars’ is still a game in the traditional sense – played for a finite amount of time, before staff go back to their usual routine work. So how could the motivational ‘carrots’ become a part of everyday call centre life?

Offering different levels of incentive may help. For example, an agent who makes the most sales in each individual hour of the day could earn him or herself a small prize. This does not need to be anything too costly – something such as an extra break or five minutes to play on a games machine in a communal area could be effective. There would also be bigger, longer-term prizes. For example, the winning team each week might win a restaurant dinner, or the best-performing agent each month might win a spa weekend.

By offering small incentives each day or hour, or for personal bests, the game is kept open to the maximum number of agents at all times. Nobody is too far from success. If it is seen as being within reach, agents will stay motivated.

This game-like approach is often associated with sales activity, but it can be adapted to fit the culture of any call centre.

“Extracting the psychology behind game play to build performance measures that encourage individuals based on what level they have attained can be an incredibly effective tool,” said Chris Thomas of Aspect. “It can also be implemented across any kind of target-driven business.”

Performance management is always going to involve an element of struggle. It is unrealistic to think that agents will enjoy their job and be fully motivated every hour of every day. If that were the case, ‘work’ wouldn’t be called work.

By working out the mechanism by which a game becomes something enjoyable and compelling, call centres can create an environment in which agents want to succeed for their own benefit, rather than resenting targets imposed by managers because they see no positive impact for themselves. 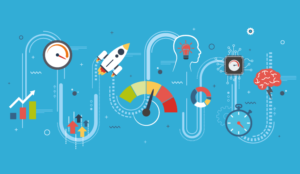 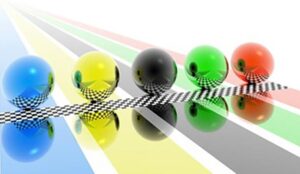 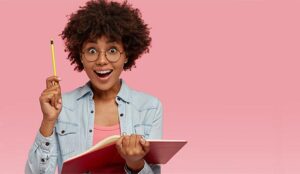