The seven deadly sins of measurement

Contact centres love to measure performance.  But if you measure the wrong stuff, or do it in the wrong way, then the results may be different from what you expected.

The state of being naive: having or showing a lack of experience, understanding or sophistication, often in a context where one neglects pragmatism in favour of moral idealism.

The first deadly sin is naivety or the lack of understanding of human nature.

The minute you create a measure you signal that this measure is important.  If you add a target or an incentive you increase people’s desire to improve on that measure.

This may be what you want; to change your employees’ behaviour so they will strive to hit the target and reap the incentive.  Unfortunately, they won’t worry about the moral implications.  The ends will justify the means.

It may be wrong, but it is naive to expect anything else.

Tell me how you will measure me, I will tell you how I will behave ~ Anon

The inordinate desire to possess wealth, goods, or objects with the intention to keep them for one’s self, far beyond the dictates of basic survival and comfort.

Managers show measurement greed by asking for more and more measures; far more than they need to do their job.  Why, after all (their logic flows), would you settle for an abandon rate figure when you could also have:

And each measure gets a separate target.

Measurement greed results in confusion and lack of clarity, an inability to see the wood for the trees, so that managers lose sight of the reason for creating a measure.  Which of all of these measures is the important measure? What are all these numbers telling you and why are you looking at them?

The third deadly sin is falsification.  It isn’t just call centre agents who cheat to hit targets and receive bonuses; call centre managers are also equally prone to unprincipled behaviour.  But in their case the cheating can be far more sophisticated.  The symptoms include:

Falsification attempts to hide performance.  Why would you let the facts get in the way of a good story?

O what a tangled web we weave, when first we practise to deceive ~ Sir Walter Scott

Spiritual or emotional apathy that leads to inactivity and the wasting of resources by lack of use.

Measurement sloth shows itself in managers who suffer from greed and have bitten off more measures than they can chew.

They look at the piles of data and tables that they are presented with and don’t know what they are telling them nor what they are supposed to do with them.  And so, rather than make a decision… they do nothing.

We excuse our sloth under the pretext of difficulty ~ Quintilian

To react with unnecessary or inappropriate force or violence.  Over-reaction is the sin of acting when one should not act.

The time it takes you to get to work in the morning varies.  It depends on the traffic lights, the buses, your children, the weather… there are a host of things in the system that vary, and that variation leads to changes in performance even though the system as a whole didn’t change.

In the same way, handle times and call volumes vary from day to day, but nothing has really changed.  Trying to find the reason for performance changes is like trying to catch a will-o-the-wisp, and, like chasing will-o-the wisps, you run the risk of drowning in a bog.

It’s not stress that kills us, it is our reaction to it ~ Hans Selye

Vanity is the excessive belief in one’s own abilities or attractiveness to others.

We love to impress, to make things look pretty, clever and sophisticated.  Those who worship the god of Microsoft Office are prone to committing measurement vanity.  Dressing measures up and displaying them in incomprehensible ways.

The only result of all this pomp and perfumery is that we hide the message.  Worse still, very few have the good sense to admit that they have precisely no idea what these beautiful graphs mean.

Vanity working on a weak head, produces every sort of mischief ~ Jane Austen

Displaying ferocity or anger and enacting vengeance or punishment as the consequence of this anger.  Wrath is a cardinal sin.

The worst of all the sins, wrath is the expression of anger by senior managers over poor performance, resulting in blame and punishment.

This wrath instils fear amongst others in the organisation and fearful members of staff quickly turn to the other deadly sins as a method of protection.

Whenever there is fear, you will get wrong figures ~ W. Edwards Deming 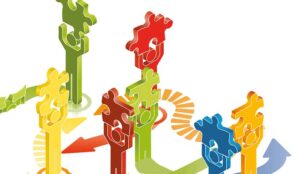 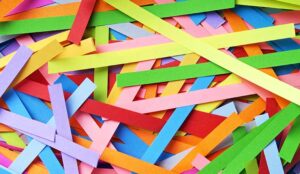 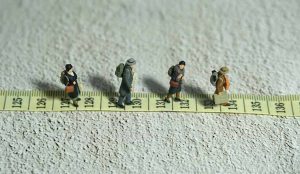 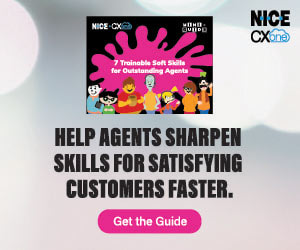