Combating bullying and harassment in the workplace

Top Tips to Support Blind Employees in the Workplace 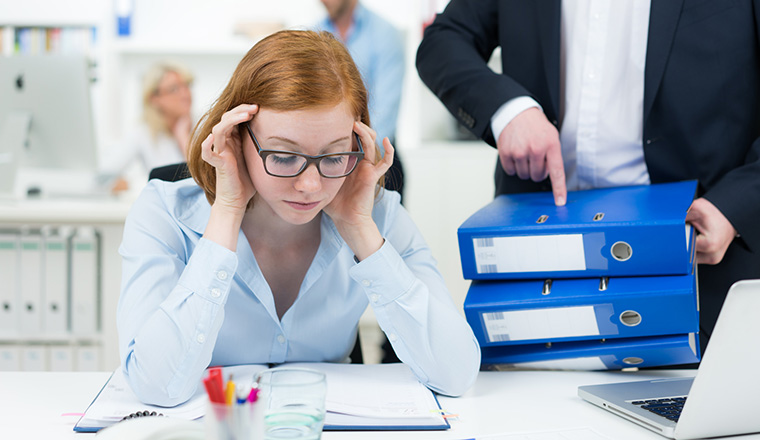 Is there a culture of bullying in your business? Carole Spiers advises on how to spot it and what to do about it.

Barely a day goes by without yet another report of bullying at work. Whether it’s an employer being investigated, a claim for compensation, or the launch of an anti-bullying campaign, bullying is clearly a major issue in many UK workplaces. This is hardly surprising when, according to research published by Robert Half Finance and Accounting (2006), 24% of UK organisations report bullying in the workplace, one in three companies do not have anti-bullying policies in place, and over one in ten (13%) do not have anyone in the company that staff can speak to about the issue.

Being bullied is an isolating experience that tends not to be openly discussed in case this increases the risk of further ill treatment, and because the ‘target’ often feels ashamed to discuss it with colleagues for fear that their professional credibility might be called into question. Even the mildest form of intimidation may be very disturbing and, as this intensifies over time, the effect on the victim can be severe.

So, how can you tell if an employee is being bullied? If they feel themselves making any of the following statements, it could be an early warning sign:

As for the bullies, well they will typically:

How to get the bully to back off

Most targets of bullying have two main aims – to keep their jobs and for the situation to return to ‘normal’.

If a person is being bullied at work, the actions they can take include: confronting the bully; approaching their immediate superior; contacting the HR department and/or occupational health; involving a trade union; speaking to a colleague; staying and doing nothing; or leaving their job.

A UNISON (2000) survey of police section members asked those who had successfully combated bullying what they had done. A wide range of actions were reported, ranging from reacting with aggressive hostility to taking the bully aside and gently explaining the effect of their actions. What was common to these ‘success stories’ was that all actions were taken quickly – that is, on the first or second occasion.

If you were to follow the findings from the UNISON survey, the advice would be to confront the bully immediately, and in a direct but low-key way that does not escalate the situation. In other words, in a way that the bully is not left insulted and wanting to exact revenge.

De-escalation of emotion is a principal aim, and consciously treating others with dignity and respect at all times is fundamentally beneficial to good relations, both in and out of the workplace. In this way, it may be possible to resolve the situation quickly, without it escalating into a position that can be damaging not only for those directly involved, but also to the section and/or department in which they work. All our knowledge of this topic points to the nature of conflict escalation, whereby parties often end up in formal proceedings and then questioning how the situation could have deteriorated so far in such a short time.

But what do you do if the bullying has become established as an ‘acceptable’ pattern of behaviour? How do you challenge the status quo when the bully has been active in their pursuit for some time?

Unfortunately, the very real difficulty of bringing about substantial change should not be underestimated in these circumstances. According to workplace bullying expert Professor Charlotte Rayner, staff often report that informal complaints are met with ‘nothing’ as a response. While confidentiality may preclude clear and immediate responses being given to complainants, communication that indicates something is being done would clearly be welcomed by staff who have expressed concern over a bullying situation. This view applies not only to personnel departments, but also to trade union representatives as well.

Worryingly, it has been estimated that 25% of people who have been bullied eventually leave their jobs and seek work elsewhere – something that is an enormous drain on any organisation in terms of disruption and replacement costs. According to Rayner, while there is little hard evidence, it is suspected that many of these people leave quietly, without ever making a formal complaint. It is also estimated that over 20% of people who directly witness persistent bullying to others change their jobs as well, possibly because they want to avoid similar treatment and so take a proactive approach to ensure their own future work security.

With all this evidence in mind, it is crucial that employers know how to deal with the problem. If an allegation of bullying is made to the organisation, the possible results of management interventions include: doing nothing – unfortunately, the most likely result; labelling the complainant as a troublemaker; overruling his/her allegations; threatening the complainant with dismissal; letting the bullying get worse; offering the complainant a sideways move; disciplining the bully’; and stopping the perpetrator.

As people are often reluctant to discuss their experience of bullying, managers need to be sensitive to the telltale signs, and know what to do when they see them. Many people are unwilling to take formal action, and this might be a contributory factor in the high exit rates associated with bullying at work. Undoubtedly the most effective intervention is therefore the training of managers to help them ensure the fast and effective resolution of disputes between their staff. Quite often, managers do nothing simply because they do not know what to do.

It is also clearly important that employers recognise the impact that bullying can have on the organisation as a whole, as well as on individual employees. In particular, a formal policy and procedures should be in place to deal with issues of workplace bullying and/or harassment. This will indicate that the organisation takes the issue seriously and provide a mechanism for dealing with complaints – both informally and formally.

Bullying is unacceptable in the modern workplace and an organisation’s action, or inaction, in relation to it will often be judged by staff. Remember that inaction will be seen as condoning bullying at work. Clearly this is something that no responsible employer should want to be found guilty of. 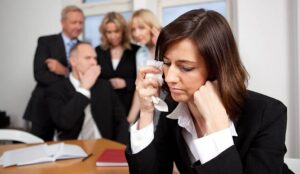 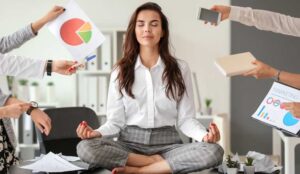 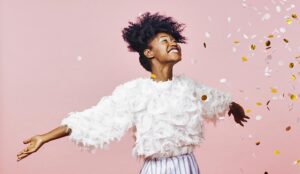 Top Tips to Support Blind Employees in the Workplace
Editor's Pick
How to Handle Contacts From Challenging Customers
Contact Centre Predictions for 2023
An Introduction to… Machine Customers
27 Effective Ways to Build Rapport With Customers
Latest Resources
eBook: A Guide to Contact Centre Benchmarking
White Paper: How to Coach Across a Multi-Generational Workforce
Upcoming Events