How to Handle Stress in the Call Centre

How do I Handle Stress in my Team? 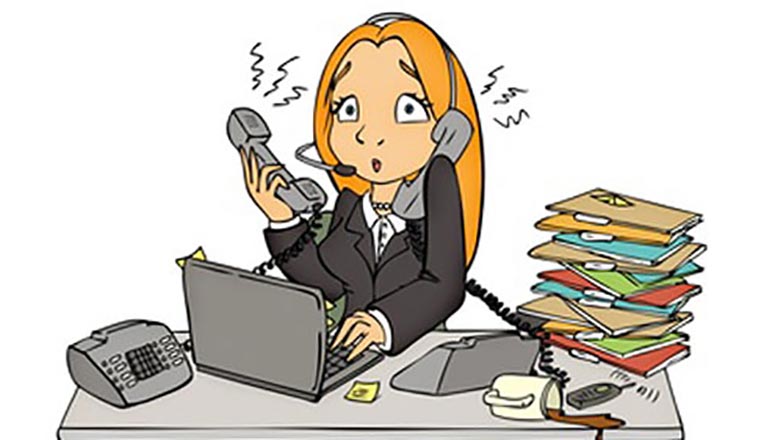 Contact centre work can be stressful.  So how do we ensure that we can handle call centre stress?

Felicity Hunter asked a number of agents for their tips.

Working as a call centre agent is renowned throughout the industry as being a stressful business. However, there are ways to handle and relieve the stress and get through the working day without tearing out your hair.

Reporter Felicity Hunter went along to 2Touch’s call centre, based at Doxford Park in Sunderland, and spoke to several workers, who revealed their top tips for surviving the strain.

1. Learn to leave work at the call centre door

If you’ve had a particularly bad day and the sales just haven’t come your way, then do not dwell on your failures. Simply start afresh the very next day.

That is how advisor Alex Hindson, who has worked at the site for 11 months, deals with hurdles she encounters.

“It does drag you down if you aren’t meeting your targets, you aren’t getting the sales and you’ve had customers shouting at you all day,” said the 22-year-old from County Durham.

“You should go home and leave work at work and come back the next day and start again. If it’s your attitude because you’ve been getting a bit sick then you’ve got to start again, and start each call like it’s your first call again. The worst thing you can do is take your stress home with you because you’ll only come in the next day feeling the same and that won’t help you change what’s possibly been going wrong.”

Her colleague Simon Harrison, 33, from Washington, said: “You have your bad days and your good days like in any job, but in sales you’ve got to forget about the bad days and drive on. You might have a bad week or a bad couple of weeks, but you’ve got to learn to draw a line and start again, re-focus.”

2.  Be nice to the nastiest customers

Simon’s answer to dealing with a call centre’s most aggressive callers is: “The angrier they get, then the nicer you should be.”

He added: “If they are really going for it, just be nice to them. It stops you getting frustrated  and you can maintain a professional attitude. Eventually, when they’ve sounded off, they’ll calm down.

“If you were to speak in the same tone as them then you get stressed, it’s unprofessional and the situation can’t be defused.”

Lorraine Pearce, 28, who has worked at 2Touch for five years as a sales advisor, said she has even managed to get apologies from hot-headed customers by speaking nicely to them.

“Let them vent off, don’t take it personally and then do your best to help them,” she said. “Quite often, if you do it right you will get them saying, ‘I’m sorry I shouted at you’.”

Bob Carr, 58, from Washington, said “empathy” is key and “sarcasm is a major no-no”. He told Call Centre Helper: “Tell them you will try and sort it out for them and have empathy with them. Never talk sarcastically either, because that will just make the situation worse.”

Simon said he has learned to forget about the names he is called by frustrated members of the public.

He said: “Just remember it’s not a personal attack on you, they’re angry at something that you have possibly had nothing to do with, or they aren’t happy to hear from you if you’re cold-calling. So, even if they call you all the names under the sun, don’t let it get to you. It should be water off a duck’s back.”

“It’s amazing how the public think they’ve got a right to speak to you in the manner that they do, but even if they’re calling you really personal names then I keep in my mind, ‘I don’t know him, he doesn’t know me’,” she said.

4.  Learn to bring extra-chatty customers back to the point

Some customers, particularly the elderly, are prone to wanting to chat about everything and anything, from the weather to their dripping tap.

But with time limits on agents’ calls, reining in a chatty punter can be a difficult and often stressful thing to do.

Alex said: “You’ve got to bring them back to the point or some of them will literally have you talking with them forever! It’s usually older people who may be haven’t spoken to anyone all day, so it is hard.”

5.  Have fun with colleagues

Enjoying the company of your work pals is essential in most jobs but particularly in call centres, where the stressful conditions can get some people down.

Bob likes to play the “buzz word” game with his colleagues, which entails a worker slipping a chosen word into a conversation with a customer.

“It’s little laughs like that which keep us all going, otherwise the floor would be flat all the time.”

And at times in the past the jovial agent has even turned up for work wearing a woman’s blonde wig.

“I just turn up with it on and we all have a laugh,” said Bob. “The people who don’t know me can’t tell whether I’m being serious or not!”

Simon thought that banter was important.  “There’s lots of fun on our team, which lifts everyone’s spirits. We have lots of banter, not carrying on but just chatting and winding each other up.”

Alex added: “If you’re happy and smiley then it comes through in your voice.”

6.  Patience is a virtue

Whether it be customers not knowing passwords on their accounts or elderly people misunderstanding numbers on credit cards, it can all take its toll on an agent’s patience.

She said: “Some of them don’t understand credit card numbers or they can’t read them properly or they can’t hear you properly and it is difficult getting the information out of them. You’ve just got to learn to grin and bear it.”

Bob thought that agents should “understand the different generations and don’t take for granted that because most people these days have modern technology, not everyone even knows what it is.”

Another tip from Bob is to be a voice-chameleon and alter the way you speak for each client. For example, if a customer talks really fast then the agent should speed up too, to prevent any frustrations building up on the other end of the line.

Frustration, whether it be caused by work or events at home, can make all the difference between sales and no sales for bonus-driven and progress-monitored agents.

The more anxious they get, then often the tougher it is to get sales and earn that all-important cash for their own bills.

“The more frustrated you get, the more anxious you sound because anxiety comes across in your voice. That isn’t going to get you anywhere.

“Have a short break, have a little laugh and look to see where you can improve.”

James Bell, 24, a retentions agent from Sunderland, who has worked at the call centre since 2010, said it is important to make customers feel “human” and not just like a number.

10.  Know your product inside out – and that of competitors

Bob revealed another tip to Call Centre Helper which he would recommend to any agent, and that is: “Know your product inside out”.

“Get ready for what you’re dealing with, prepare,” he said. “Make sure you read all the literature so that if you’re asked questions by clients you can answer them instantly. If you can’t you’re done for, you don’t stand a chance.

“You’ve also got to know what your competitors are offering so that you can tell the customer as soon as it crops up in the conversation.”

Some agents said stress balls, mini games such as pop-up pirates,or  fiddling with a pen or paper clip or anything they can get their hands on helps them to focus and perform at the best.

Lorraine said: “It somehow just helps me to concentrate and I know a few colleagues who say the same.”

12.  De-stress and do something you enjoy

Sweating stress out in the gym, having a relaxing soak in the bath, taking the dog for a walk, socialising with friends, making the effort to go on staff nights out, smoking, listening to music and pouring a glass of your favourite tipple are just some of the ways to relax.

Bob likes going home and listening to Van Morrison and pouring himself a gin and tonic, while Lorraine likes walking her dog, visiting friends, and listening to music by her favourite bands Greenday and Blink 182.

Adam Gray, 26, an outbound sales advisor from Durham, who has worked at the call centre for six years, said he heads for the gym for a work-out or the different fitness classes on offer.

He said: “It releases a lot of endorphins into your body and makes you feel good about yourself. The last thing you think about is your work.”

Do you have any other tips for staying stress free?  Please leave your comments in an email to Call Centre Helper 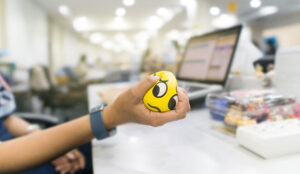 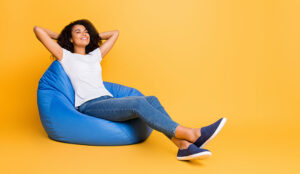 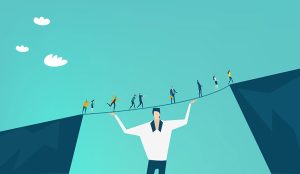 How do I Handle Stress in my Team?
Editor's Pick
How to Handle Contacts From Challenging Customers
Contact Centre Predictions for 2023
An Introduction to… Machine Customers
27 Effective Ways to Build Rapport With Customers
Latest Resources
eBook: A Guide to Contact Centre Benchmarking
White Paper: How to Coach Across a Multi-Generational Workforce
Upcoming Events