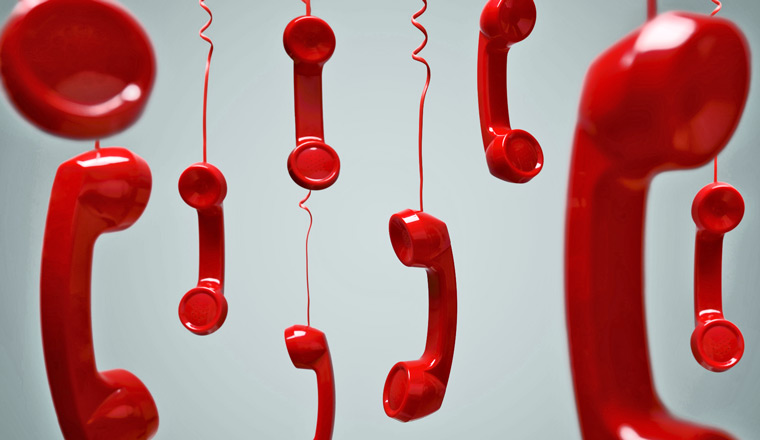 Unsure of how to calculate abandonment rate in the call centre? Not anymore!

In this piece, we look at tactics to go beyond the industry standard and accepted calls abandon rate, whilst providing a revised formula, information on how to manipulate the metric and much more.

The formula for Call Abandon Rate

This gives you the percentage abandonment rate.

It is common practice to exclude calls that abandoned in the first 5 seconds. This is for two main reasons:

You can configure the threshold for short abandoned calls many ACD systems.

So the revised formula becomes:

You can use our Call Centre Erlang Staffing Calculator, which factors in call abandons.

Calls that abandon in the IVR

It is essential that you measure the abandon rate from the telephone network side of the system and not the agent queue. Many people fail to measure calls being abandoned in the IVR.

The reason for this is that they had chosen to only start the statistics from the moment that people left the IVR and joined the queue proper.

One company that I spoke with had discovered that 18% of calls were being abandoned in the IVR system – something that had not shown up on the queue reports.

One mistake that people often make is to count transferred calls as calls that have been handled twice.

For example, if a call was answered on the sales queue and was then transferred to the customer service queue, it would be easy to count this as two calls answered. This would then make the abandoned call rate lower than it actually is.

What is the industry average figure for call abandonment rate?

Generally speaking, a call abandonment rate of 2% is seen as good, with 5% being seen as an acceptable figure.

Anything above 5% would be seen as problematic.

One Factor to consider is the Average Patience of the caller.   This is also known as the Average Time to Abandon (ATA).

This is the average length of time that a caller will stay in a queue before they will abandon (or hang up the call).  While there are a significant number of people who will stay on the line for very long periods of time, there are others who will simply hang up. Some will redial, but many will not.

For more information on Average Time to Abandon, read this article on What Is an Acceptable Contact Centre Waiting Time?

This statistic can typically be derived from your ACD reports. So for example on an Avaya CMS you can typically see this in the Skill/Split reports under the “Avg Aban Time” heading. 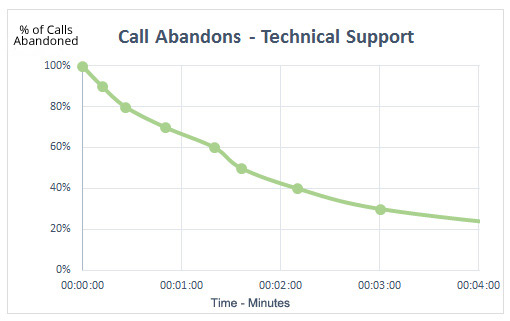 In this example the Average Patience (Average Time to Abandon) is around 95 seconds.

There are a number of tactics that can be used to reduce the number of call abandons.

There is a more detailed approach to bringing down abandon rates in this article – https://www.callcentrehelper.com/how-to-bring-down-your-call-abandon-rates-50805.htm

Like all metrics, there are a number of ways that the figures get manipulated.

The most common fiddles are:

Find out how to calculate more useful contact centre WFM metrics, by reading our articles: 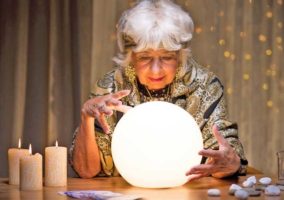 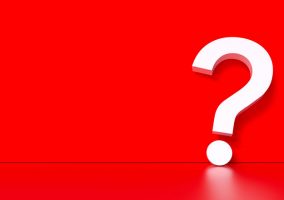 Why Should Your Occupancy Rate NOT Exceed 85%?
6 Comments
Contact Centre Reports, Surveys and White Papers
Get the latest exciting call centre reports, specialist whitepapers, interesting case-studies and industry events straight to your inbox.

Why Most AI Chatbot Projects Fail: 7 Mistakes and How to Avoid Them