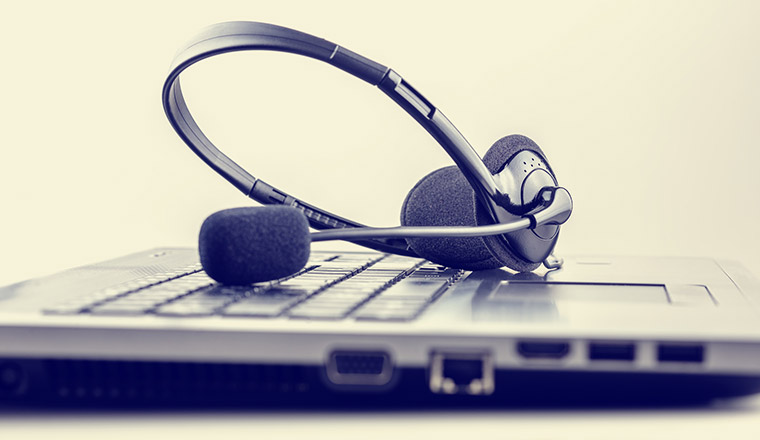 Richard Kenny shares his thoughts on how the humble contact centre headset will change in the future.

I recently stumbled on a photograph taken of one of the first ever call centres (as they were known then) in the UK – an operation set up by the Birmingham Press and Mall in the 1960s. 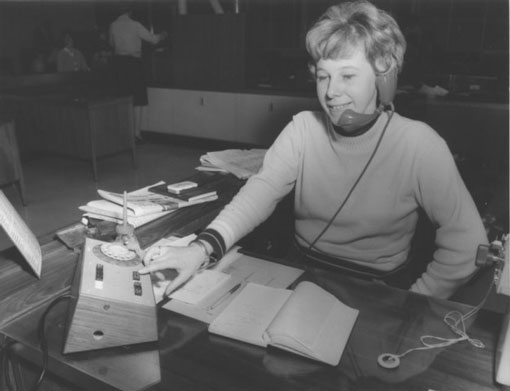 The first thing to strike me was that, bouffant hairstyles aside, very little has changed in the intervening 50 years. The core characteristics of the contact centre were there in the beginning and are still with us today: the rows of agents sitting by their phone terminals receiving customer calls.

Of course, the typewriters of then have been replaced by the PCs and laptops of today, and the bulky Bakelite receivers by sleek multi-function headsets; but at its core the contact centre has survived relatively unaltered by the passage of time.

This state of affairs is about to change – dramatically – with many of these changes coming from the most unlikely of places: the telephone headsets themselves. As headsets evolve to be lighter than ever, more feature rich and better sounding, they will enable new ways of working and completely alter the face of the contact centre.

It is the headset that will allow contact centre staff to harness the power of remote working and contextual working, thereby making them a better connected, more efficient, healthier and happier workforce.

Many of these changes will be brought about by enhancements to the physical properties of headsets, as well as to their technological power. These changes are already happening, but they will gather pace over the next decade and very soon find their way into the contact centre.

When it comes to the size of such headsets, however, little is going to change.  If we think back to the first generation of consumer mobile phones – feature phones as opposed to smart phones – the trend was initially to shrink.

As the technology improved, the ‘bricks’ of the ’80s and ’90s gave way to ever smaller devices. The shrinking suddenly stopped when we realised that our hands were too big for the buttons. And then smartphones came along and we found that we wanted bigger screens to enjoy all the features they enable.

The same thing is happening with call centre headsets. We have refined the technology to such an extent that we can now pretty much shrink a headset to whatever size we want.

The only physical constraints are the size of the human head.

Human heads aren’t changing shape (at least, we hope not), so this will mean slimmer headsets in the future, rather than physically smaller ones.

In fact, we might see slightly larger headsets as more features are enabled and technology integration takes place. For example, there is no reason that a Google Glass-style screen couldn’t be integrated into headsets in the near future.

For such systems to work, however, they need to be light. If headsets are cumbersome or uncomfortable, no matter what the benefits in terms of features, contact centre workers will shy away from them.

Titanium and other new materials

To make headsets lighter we will see an increasing array of materials used over the next decade – everything from glass and copper to titanium; materials that have a solid reliability record.

While the materials will evolve, the basic style of the headset (i.e. worn as a headband) will not change. The comfort of this set-up is proven, as is shown by the popularity of headsets for listening to music – it is a style that people are happy to adopt of their own accord.

We will, however, see different variations become popular for customer service agents who don’t work full time on the phones. Who knows, as Generation Y workers take over, we might even start to see the emergence of the headset as a fashion item.

Of course, what contact centre workers and their management really look for in a headset is call quality. This is about more than simply being able to hear clearly what the customer or sales prospect is saying. It is also about health. With workers spending long hours on the phone each day, they need to have peace of mind that their headset will in no way adversely affect their hearing.

Over the next decade sound quality will improve exponentially. Voice calls will be absolutely crystal clear and without interference from background noise. Wideband audio will become available to everyone within the contact centre. It will also move well beyond the 7 kHz that is seen as the benchmark standard today.

The evolution of wideband audio will echo that of the broadband evolution in the consumer space last decade. Where once 2Mbps was the most any house could hope for, today many consumers are seeing speeds of 50Mbps and even more. The same will happen with wideband audio and, as a result, sound quality will improve dramatically.

But wideband will not be the only enhancement to sound quality. Headsets in the future will incorporate spatial stereo to enable workers to easily distinguish between multiple callers on the same line, which in turn could be matched to footage of them on HUD-style screens or more traditional computer monitors.

Such headsets will also see noise-suppression technology that removes sounds near the headset (except your voice) and unwanted background sounds from the person at the other end of the line (to make their voice clearer). This will enhance the working environment for call centre workers by making the call process feel much more like a natural face-to-face conversation.

The major step forward for contact centre workers will lie in integrating the headset with the tasks conducted in the contact centre. In many ways the headset will become a skeleton key for the contact centre worker to access all of the tasks they do throughout the day. It will be their authentication to access the network (and even the building), and will automatically log them in to their system based on a combination of whether the device is on the head, where the worker is in the building, and what their diary schedule and UC presence indicates.

This Contextual Intelligence will automate many of the simple, mundane tasks that need to be carried out today, and bring about efficiency and productivity gains for the business.

Importantly, the headset will act as an enabler in this way, regardless of whether the worker is in a traditional contact centre office or working from home. In the next ten years, the contact centre model that has been with us since the ’60s will in many cases disappear. Instead, the contact centre will be virtual, linking together employees from all over the world.

Remote working offers real benefits to contact centre managers. It allows them to recruit the best staff in the business, no matter where they are located, while cutting down on the capital costs associated with setting up and running a large office. By being able to automatically update the worker’s presence based on whether the headset is on and whether they are engaged on calls, the headset becomes a remote management tool.

The worker can thereby be freed from the office, while management retains visibility that workloads are being managed effectively.

Within ten years, therefore, headset design will have revolutionised the contact centre. Staff will benefit from more intelligent headsets that remove a lot of the mundane repetitive tasks they need to perform now.

The headset will also control the flow of information to the user based on contextual intelligence, making them more efficient by helping them find the right information at the right time.

Managers meanwhile will reap the productivity benefits of a happier workforce while at the same time saving the costs associated with running a contact centre.

With thanks to Richard Kenny, Contact Centre Segment Manager at Plantronics 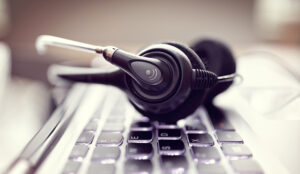 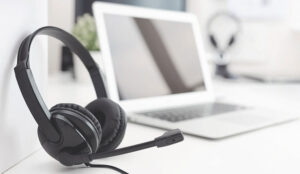 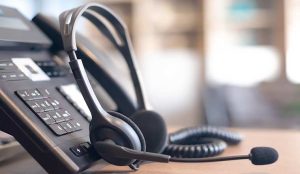