The top 10 agent pet hates and how to resolve them

How to Improve Agent Engagement 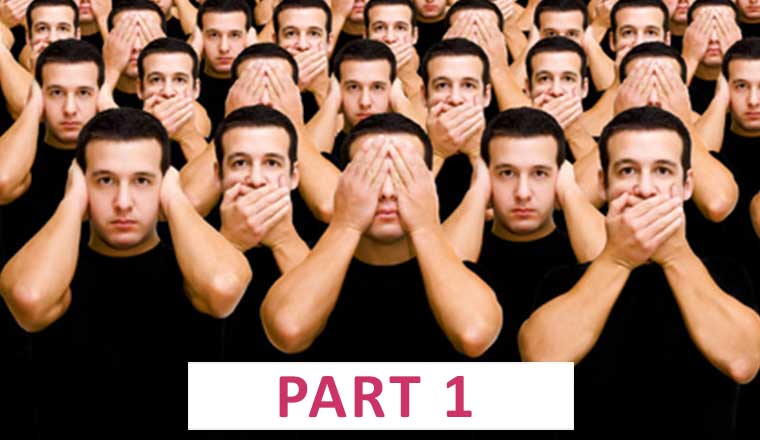 Here in the first of our two-instalment series, we explore five of the ten most notorious agent annoyances – and show you how, by eliminating them, you’ll create a happy, efficient and more productive contact centre…

Make no mistake: it is no bad thing to provide your employees with a sense of privacy, peace and professional equality with their colleagues. But there are better ways of doing so than by confining each agent to a cramped, impersonal working booth.

Cubicles will starve your agents of the natural motivator that is sunlight. What’s more, your employees’ lack of direct contact with neighbouring co-workers will cause a sense of mental detachment from their managers, customers and daily tasks. In a role as repetitive as an agent’s, is it really any surprise that staff stationed in cubicles can suffer a severe lapse in vocational enthusiasm and productivity?

In 2007, The Mind Lab, an England-based institute specialising in psychology and neuroscience, carried out an experiment dealing with the performance of two sets of staff. The first set was placed in a “free-range”, open-office work environment, whilst the second was stationed in a “battery”, cubicle-based setting.

The findings were profound, with Research Director Dr David Lewis observing that the latter team suffered from higher stress levels and a “marked decrease in intellectual performance”. It follows, then, that cubicles are not just detrimental to employee wellbeing, they’re bad for business, too.

Simply put, if you treat your staff like caged hens, they’ll act like them. So, make sure your contact centre is as open, bright and stimulating as possible; by bringing down the barriers, you’ll also pave the way for communication, thus encouraging an invaluable, cooperative creativity among your staff.

Ah, the self-righteous manager – it seems these days that every business has one. These individuals contribute enormously to the “them and us” mentality that continues to hamper cooperation between contact centre staff and their managers.

Fairly predictably, few things get under an agent’s skin like workplace hypocrisy – particularly when its perpetrator is supposed to be responsible for setting a good example to others. This can leave your agents with an erroneous impression, namely, that your company condones a “double-standards” policy of different rules for different employees.

If you need an example of managerial hypocrisy, look no further than the following case – hand-picked from this writer’s own personal archives.

In 2009, the front-line staff of one of London’s largest contact centres were summoned to an impromptu gathering. Through an onslaught of threats and expletives, the manager proceeded to lambaste his audience for their use of unscheduled breaks.

A fair point, and under the usual circumstances, you might be right. As it so happened, however, this same manager made a conspicuous departure from his desk not an hour after the meeting’s conclusion – only to reappear later that afternoon sporting brand-new trainers and a medley of High Street shopping bags.

Whatever the case, failing to eradicate this kind of hypocrisy from your contact centre will impact upon your staff’s performance levels. So, remind your managerial team that, despite their senior standing, they are expected to practise what they preach – to a tee.

It’s important to remember that, over the course of each and every day, the average agent will recite the same old script dozens – if not scores – of times. Before long, this will quite naturally cause a lapse in your employees’ over-the-phone enthusiasm.

This situation may be exacerbated further by zealous QA staff who, desperate to please their supervisors, will penalize agents for even the slightest of script deviations. As a consequence, your front-line employees will, in time, begin to feel trapped in a role that’s as draconian as it is repetitive – and withdraw into an almost robotic state during their working hours. Because of the bored and lifeless vocal manners which invariably result from this, rigid scripts are hated by customers nearly as much as they are by the agents reading them out.

With these factors in mind, the very concept of inflexible scripts seems not only misguided but counter-productive, too. After all, is it really so important that your agents kick off with “Good morning” rather than “Good day”, “Welcome to” or just plain “Hello”? Why not allow your staff the discretion to identify each customer’s character for themselves? You’d be surprised at how effectively agents can do this, rewording their script to best suit the demeanour of any given caller.

By implementing such leniency in your QA programme, you will not only provide your customers with a more personal service, you’ll also inject some much-needed variety into your agents’ lives. As a happy side-effect, this will lead to an increase in your employee retention levels – saving you trouble and unnecessary training costs in the process.

Particularly popular during the busier times of the year, auto-status-changing is a means by which team leaders and off-line officials switch their agents’ status to Available just seconds after their last call has ended.

On the face of it, the scheme makes sense; after all, it’s important that hold times are kept to a minimum and, besides, your agents are expected to save their notes while the customer is still on the line – right?

Unfortunately, call handling is not quite as simple as that. Some complaints are more complex than others; the most complicated can take agents several minutes to document on their system. Busy customers may not be willing to wait on the line for this time; should they decide to hang up, a new call will be routed to your agent, who will then lose his or her unsaved notes. No prizes for guessing the initial caller’s reaction when they next ring up, only to find that their last conversation had not been recorded properly.

It doesn’t take a genius to see that auto-status-changing is of detriment to your agents, your customers and your back office team – who will, ultimately, be left to pick up the pieces. Sure, it’s fine to monitor your staff’s use of wrap-up time, but enforcing strict limits on their post-call note-taking is neither fair nor professionally appropriate. Instead, have team leaders investigate instances of excessive wrap-up on a case-by-case basis – generally by listening to the call concerned. In the vast majority of instances, it will be found that your agent’s wrap-up time was quite reasonable, after all.

If there’s one thing sure to wreak havoc with an agent’s social life, it’s the imposition of an oppressive, unpredictable shift pattern at work. It’s not all that surprising, really; would you enjoy working to a seemingly random rota that changes every few weeks?

In all fairness, perhaps you would. After all, such a scheme will allow you to plan your holidays a maximum of three weeks in advance – how’s that for efficiency! And, after you come back, you’ll be treated to two days at work, then one off, then five on, then two off. Or perhaps it’ll be the other way round… Well, that’s the beauty of it, don’t you see?

It’s not hard to imagine how this type of scheme can lay waste to an agent’s sense of purpose – not to mention his or her internal clock; without the regularity which stems from a concrete shift pattern, the line between your agents’ work and social lives will become uncomfortably blurred. As a result, your employees will frequently wind up at work in a subconscious “weekend mode” – causing a lapse in quality and productivity.

For these reasons, it really is in your company’s best interests to keep the agents’ rotas as repetitive as possible. Even if yours is a new or struggling business which depends upon flexi-shifts to survive, there’s no excuse not to plan your staff rotas a good eight weeks in advance. Your agents will be sure to thank you for it through a superior standard of work and punctuality – all year round.

Click here for the epic conclusion to our 10-point countdown.

Why not also tell us about your own agents’ pet-hates in an email to Call Centre Helper? 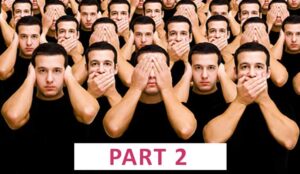 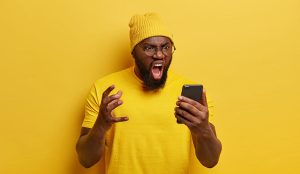 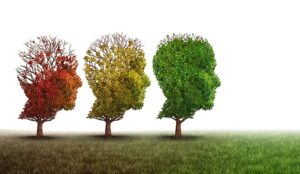 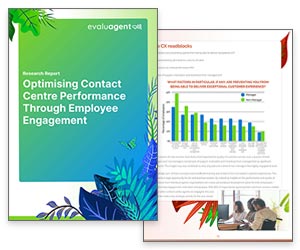 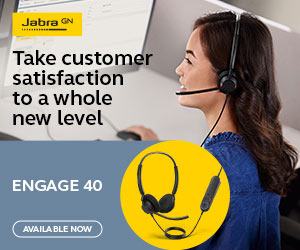