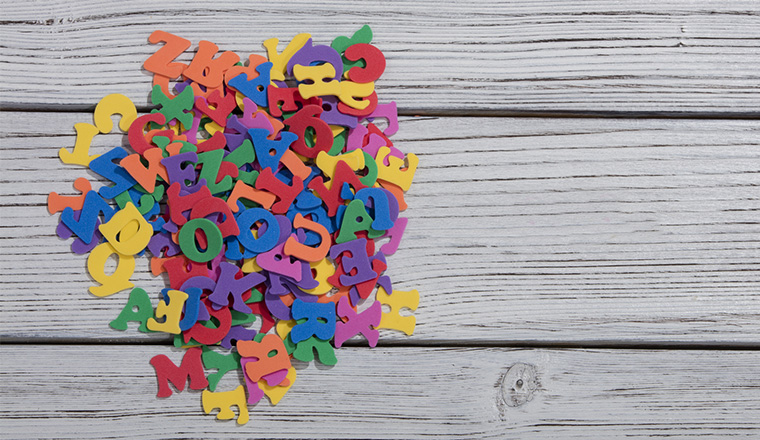 In advance of our Call Scripting Webinar next week, Martin Hill-Wilson tells us how a great script remains invisible to the customer throughout an interaction. In other words, they never even guessed that the person they were talking to was not authoring what they were saying because the communication experience felt 100 per cent authentic.

The gold standard we need to achieve when designing and delivering scripts is that they are experienced as real communication. This is the secret of great script writing.

The trouble with articles such as this and all the many others on scripting advice (try Googling, there are many!) is that the art of communication becomes reduced to a series of tips and techniques. But our real-world experience can spot a phony communication before it’s hardly begun because we are all expert at vetting such communications coming our way, particularly when it’s from a commercial organisation.

So what can we do? Start by recognising that scripting tips and techniques have a habit of missing the secret ingredients of authentic communication. Some of which are as follows:

1. Listening is central to any successful communication. In your imagined interaction with the customer, what are you listening for as the script writer? Put another way, what are you trying to learn from the customer?

2. A good conversation has rhythm. It accelerates and then slows. Sometimes even pauses. This is not for dramatic effect but a natural instinct we have for helping each other digest and assimilate the ideas we are bouncing between each other.  So what’s the rhythm of what you want to communicate? And how are you going to signal that to the person delivering the script?

3. One way conversations cease to be communication is when they are experienced as monologues, only enjoyed by those giving them. Knowing when to swap roles of speaker and listener during a communication keeps everyone’s attention and focus within comfort levels. The act of asking questions is the usual way of signalling such changes of role. So where do the natural break points in your dialogue need to be?

4. There is a big difference between hearing and listening. Getting your idea across only happens when the customer remains in listening mode. But the act of focusing attention 100 per cent on listening requires lots of energy and most people can only do it for short bursts before they drop back into the more passive role of hearing. The speaker’s job is to encourage that attention span with short strings of easy-to-understand chunks of information. Design your script with that human limitation in mind.

5. We quickly learn in life that what we think we have said contrasts with what the listener has received. The fact that communication even occurs is something of a miracle when you start to consider all the barriers that get in the way. A word, after all, is just a sound and each person’s unique life experiences means they understand a word’s meaning in their own way. To compensate, we develop checking rituals which ensure both parties remain on the same page. So what are the key places in the script that need sense checking with the customer? And how is this sense checking naturally introduced into the conversation?

Assuming that you have put the previous advice to good use and concentrated on modelling your script writing around the standards of authentic communication, be aware that the job is not yet over. Those delivering it to the customer can still fall short and make a mess of your hard work.

The following suggestions revolve around a simple observation. You can’t expect anyone to deliver to their full potential if they don’t rehearse, although the temptation in a busy customer service operation is to get on with it. But in this case, anyone from a news reader to a stage actor will tell you that the more they can rehearse their script, the more they can make it their own and ensure the key ideas come over loud and clear.

As far as these professionals are concerned, there is no substitute for practice. The customer service industry should not be tempted to think otherwise. So if you don’t already do so, please make provision for those delivering the script to be properly ‘rehearsed’ in the way the script has been envisioned and designed. It will pay off many times over in the final campaign results.

Here are some ideas to give structure to those rehearsals.

1. A professional communicator can make even a poor script sound authentic by learning from the way actors approach a new role they are taking on. We know that a convincing performance is one when they no longer seem to be acting but are believable. Being in character as an actor is similar to being authentic as a professional communicator. Both require that the script becomes invisible.

2. There is a two-stage process to making the script invisible and the delivery sound spontaneous. First, master the content by memorising it. This allows you to concentrate fully on the second and most important point. Master the meaning of the script through repetition and rehearsal. In other words ‘make it make sense’ by trying different ways of delivering the ideas contained in the script/guidelines. This rehearsal allows the script to become internalised and owned by the speaker. In doing so, it removes all traces of the conversation sounding scripted, i.e. language that does not sound natural to the speaker

3. Rise to the challenge and make even compliance sound interesting! Scripts often exist to ensure compliance so it is a commonplace issue.  However, an assumed attitude which is often conveyed is that this section of an interaction is mutually boring and should be rattled through at maximum speed. In truth, compliance exists for the customer’s benefit and so is of inherent interest if approached correctly. A professional communicator would tackle this issue by transforming the typical experience of hurriedly running through a checklist by making it engaging through pacing, energy and being fully conscious of the words they are saying

4. It is well known that content is only one aspect of a successful communication. In face-to-face situations body language plays a key role in signalling the meaning and true intent within the language being used. However, this becomes tougher when we are restricted to phone-based communication and so we rely on non-visual clues to guide our interpretation of the speaker. Tone and pitch obviously matter because we all recognise that the same sentence can be made to convey completely different meanings just through changing these. But of even greater impact is the experience of a person’s presence or full attention. Even though we cannot see them and have no visual clues, most people can sense if someone is fully present on the phone. Somehow it radiates person to person across the telephony networks! And the experience is compelling. It keeps the other person focused and engaged. Even to the point of being able to listen to compliance ideas as if hearing them for the first time! So change the attitude and make the compliance section a central part of the delivery and make the mundane sound interesting

The job of the script writer and the person delivering those words is to unravel what we instinctively know and find the chemistry of sounding natural.  The suggestions provided here capture some of the key ingredients. The rest can be learnt by closing your eyes and imagining that conversation with a real person. You will discover that you already know how it should sound if you listen hard enough. 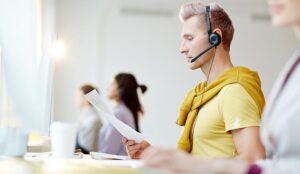 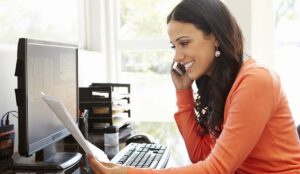 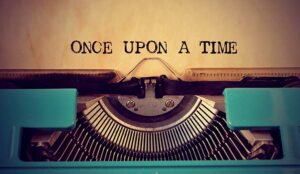 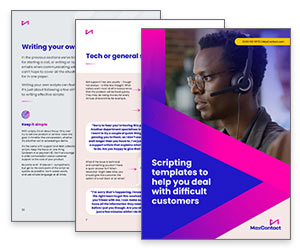 eBook: Scripting Templates to Help You Deal With Difficult Customers 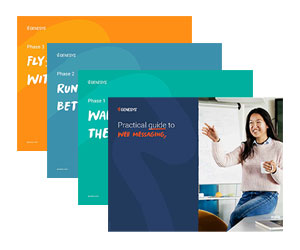 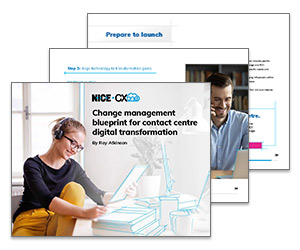